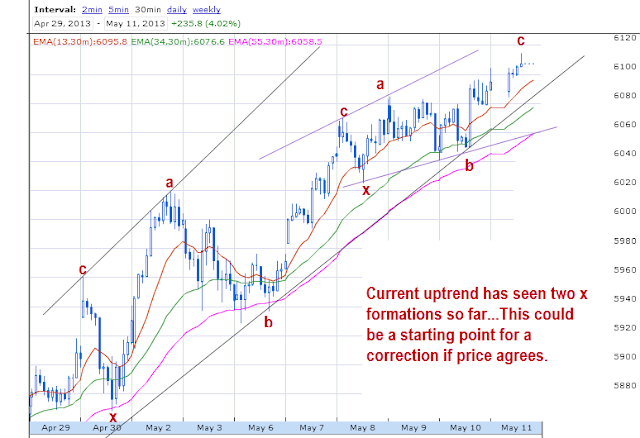 Our immediate requirement is to know when a of B will end? Astrologically we are still in the reversal time band- so let us wait and watch. Personally I prefer to wait for price to close below the little blue and red averages, before taking a short. It will be prudent for longs to book partial profit and trail the rest positions with a tight stop loss.