Right now we are in the middle of this intense period which started on November 24 and ends on December 26th.Again our equities and currencies are again at a low.
Is History set to repeat again, for totally different reasons?
Posted by Tekkiesuresh at 11:58:00 PM 2 comments:

For indepth astro, technical and wave analyses, join our paid subscription.Send a mail to tekkiesuresh@gmail.com
Posted by Tekkiesuresh at 11:33:00 PM No comments: 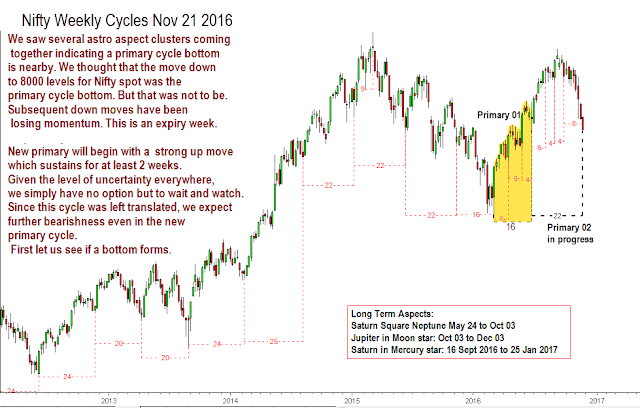 We see that the weekly Primary cycles range between 20 to 25 weeks. Occasionally they get shortened to 16 weeks as well. Mostly this happens when a large cycle such as a 50 week cycle comes and juxtaposes. Unless Nifty turns up and closes above the previous week high, we cannot conclude that the cycle has bottomed.Cycles never bottom out on precise weeks...this is because they are subject to the pulls and pushes of several other cycles.

After a long time. USD INR broke out of its trading range. This means wave 4 has ended and wave 5 has begun.

Wave 3 had extended. So wave 5 could equal wave 01. That gives us a target of 72.
When wave 5 ends, it will also end the larger wave 3. So we could expect a prolonged correction in the form of larger wave 4.
Here are the long tern counts....

It all started in October 2007 when Dow topped out. USD INR was just 39!Now it is in the 5th wave of the Third. Since wave 2 was a complex correction, we may expect the larger wave Four to be a correction of the simple type.
That Fourth  wave  after 72, could bring in the benefits of demonetization.
This does not mean that Nifty would decrease.
One worry is that FII money would leave us, if Rupee depreciates fast  on a response to the Dollar.. This is because they are operating in Indian Rupee and they are subject to big currency risk. Their investments in US are in Dollar terms and so there is no currency risk there.
But Astro points to a rise in Equity in the first quarter of 2017.So maybe the Don would be India friendly in his policies?
Posted by Tekkiesuresh at 6:27:00 PM No comments: 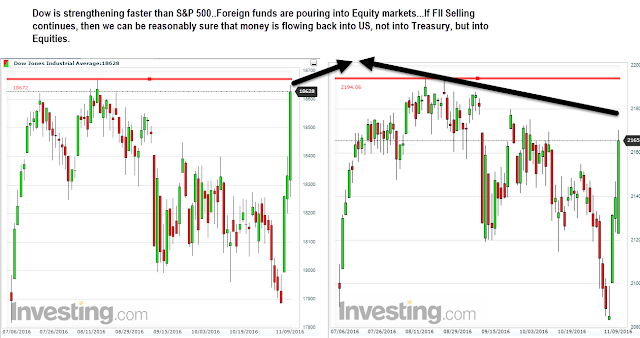 Mars entered Capricorn, his house of exaltation on November  01, 05:43 am.It has now got into the aspect zone of Saturn, from its third aspect. Saturn is in Mercury star and so he is acting as the agent of Mercury.
What happens when Saturn aspects exalted Mars and they are in Parivathana? And Saturn himself in Mercury star?
This is what happened last time....... 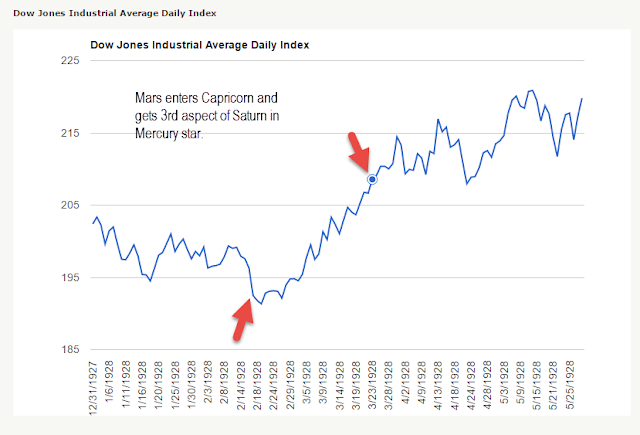 Saturn in Mercury Star with Jupiter in Virgo 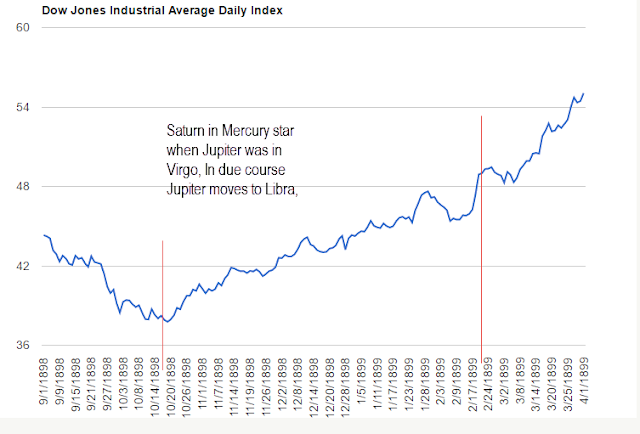 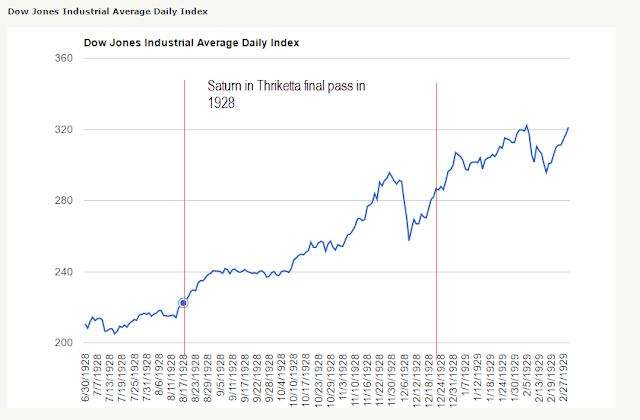 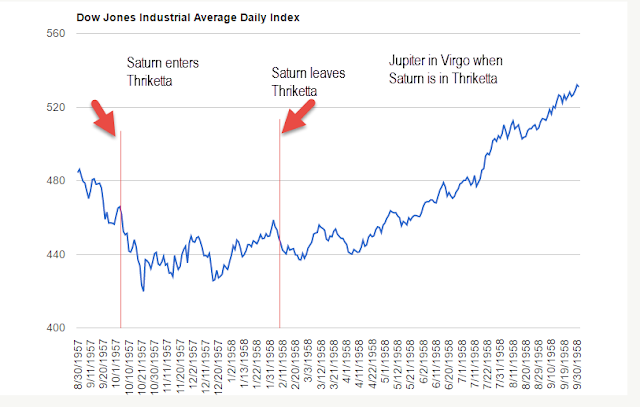 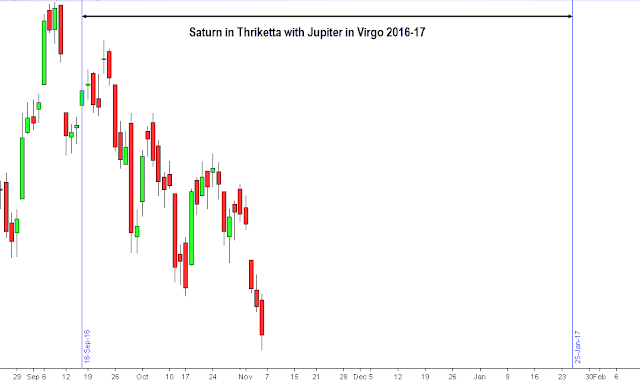 Draw your own conclusions!
Posted by Tekkiesuresh at 12:53:00 AM 2 comments:

Only buy stocks on market dips in sectors which are out performing Nifty. Keep stocks from underperforming sectors, to invest when this bull market collapses. Most often the new future  leaders could come from the current under performing sectors.
Every decline now is an opportunity.
Posted by Tekkiesuresh at 3:45:00 PM 1 comment: