It had been wild since September 26, 2014. But then we had been expecting such high volatility from an astro perspective. This week we may start seeing the beginning of the end.But it ain`t over yet.
Let me explain, what I meant...

I had been pointing out the destabilising effect of Rahu when the faster planets conjunct with him. It began with Mercury conjunct Rahu on September 16.Last week it was the turn of Sun.
If we see the chart on the left, you we see Rahu and Sun are still conjunct...Look how Mars and Moon add fuel to the fire!
Then   at 22 degrees, Venus is waiting her turn to confront Rahu. This will happen as the week progresses.Also I had pointed out last week that Sun Pluto and Venus Pluto squares are completed. So we are in the time band for a trough. Which means mid week we are in for a bottom..By the week end, Mercury retro meets his Master, Sun.That also should aid the reversal.Still a sustained reversal is some time away..Maybe we should be out of shorts by mid week and reach a wait and watch zone.
Here are the chart updates... 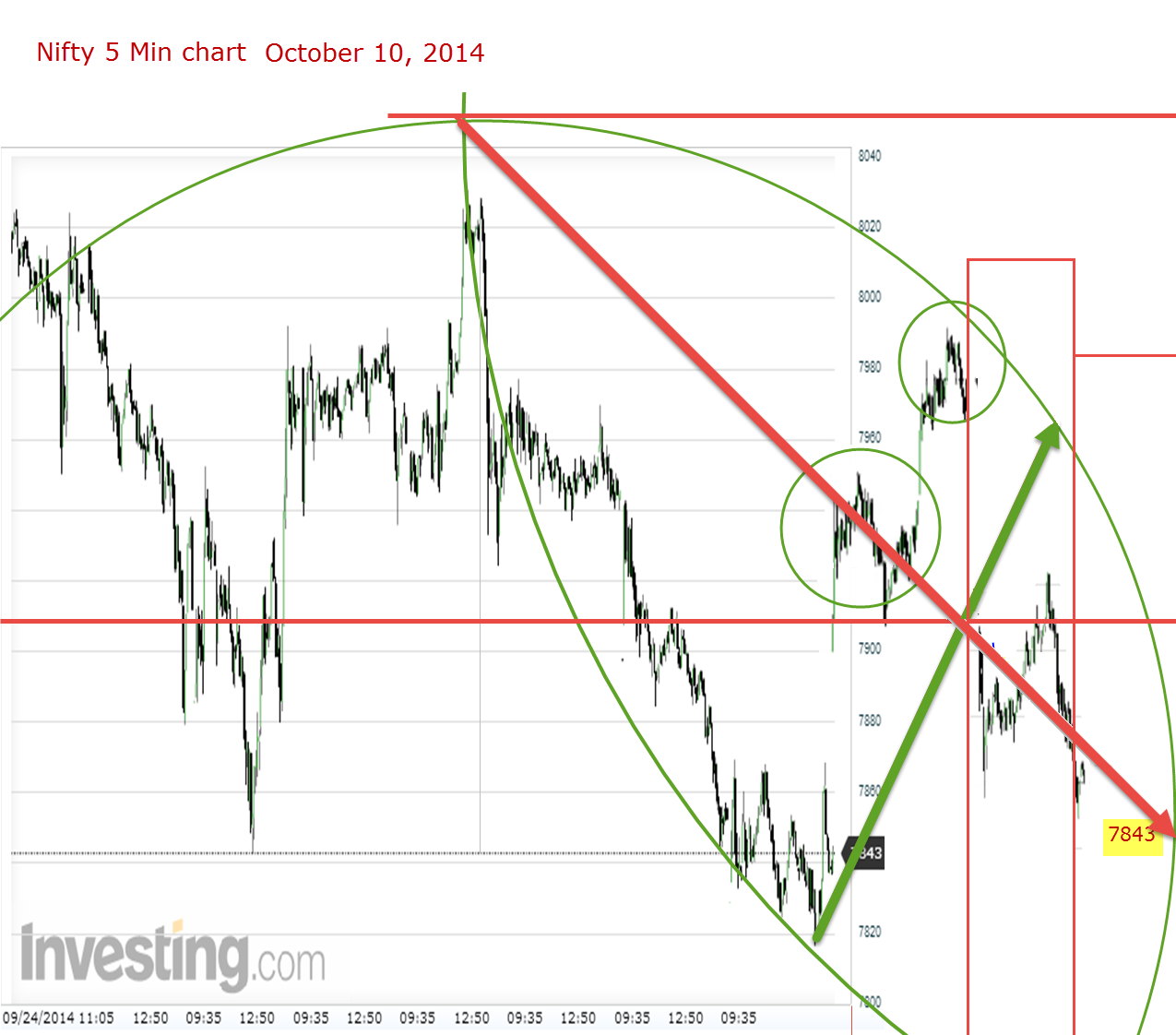 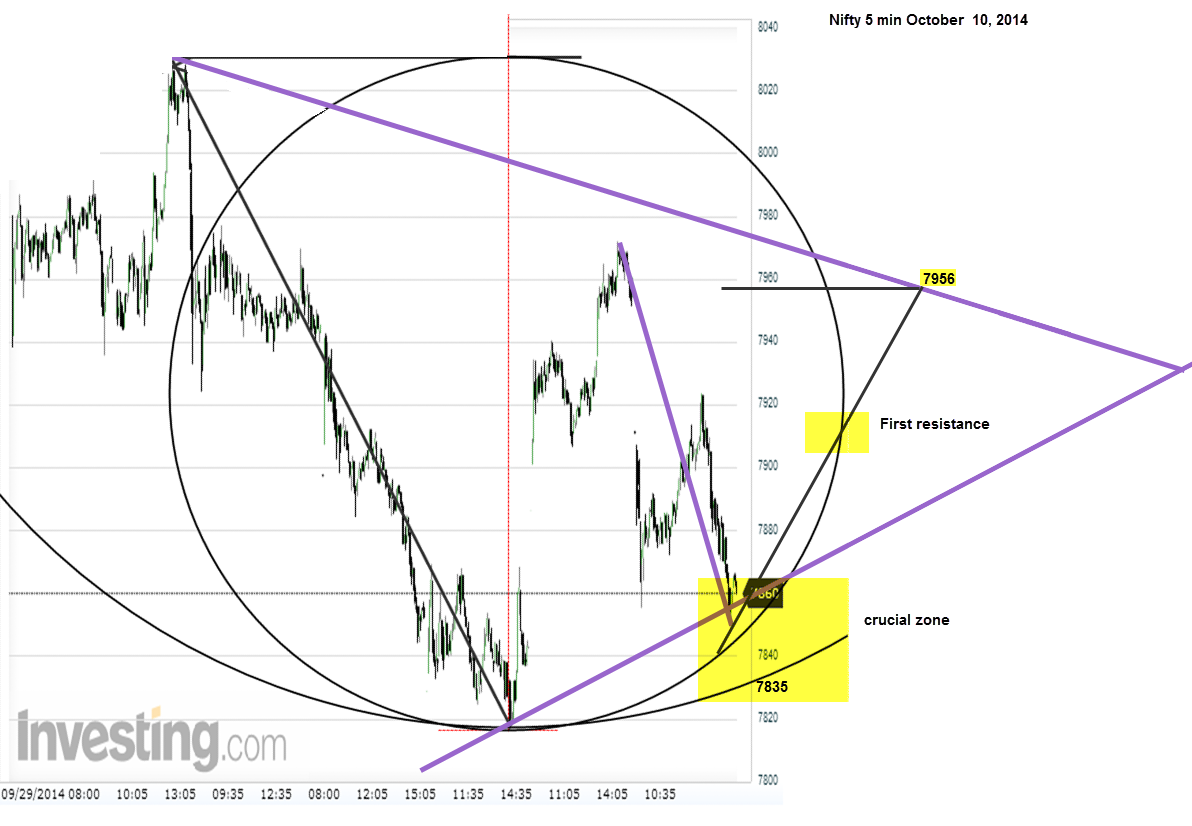 Maximum slippage I expect is 7835. If Nifty closes below this, then I think it is more bearish than we thought.
Or else, after some base formation, expect the next upmove to 7956 levels, after some resistance at 7920 or thereabouts. This is just a forecast..not a prediction. So be absolutely sure to commit money, only if you see the market moving as per the expectation..In such volatilie period. stop loss is a must..
Posted by Tekkiesuresh at 8:31:00 AM