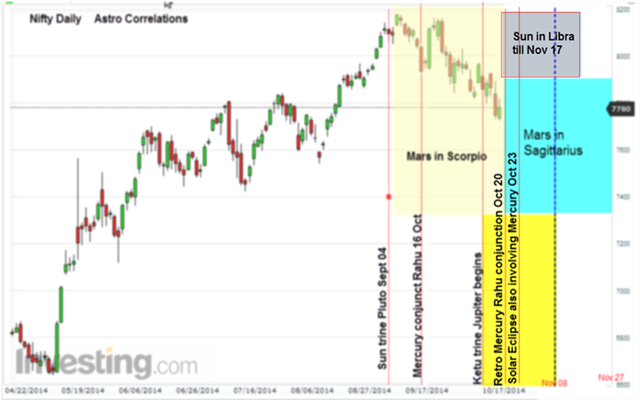 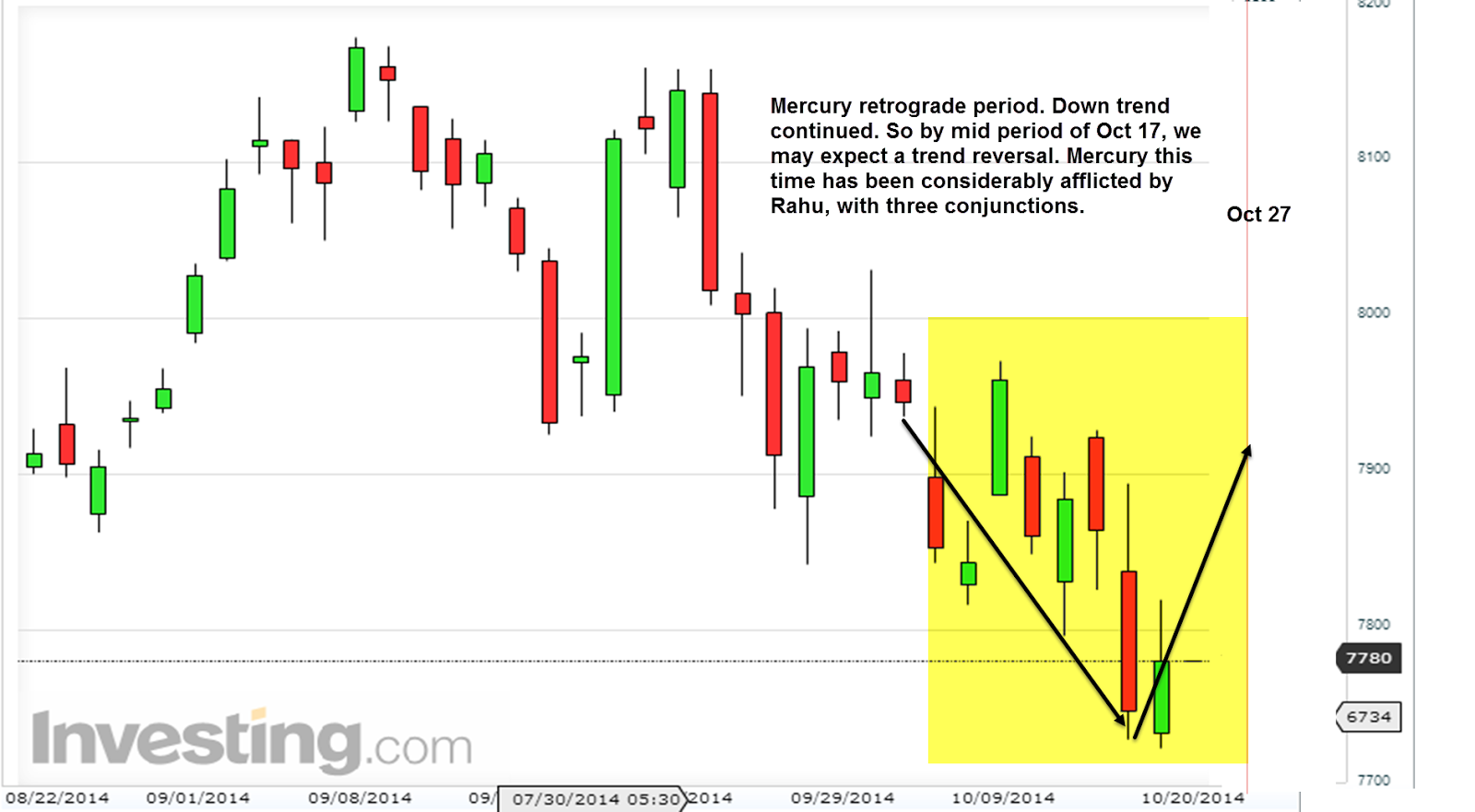 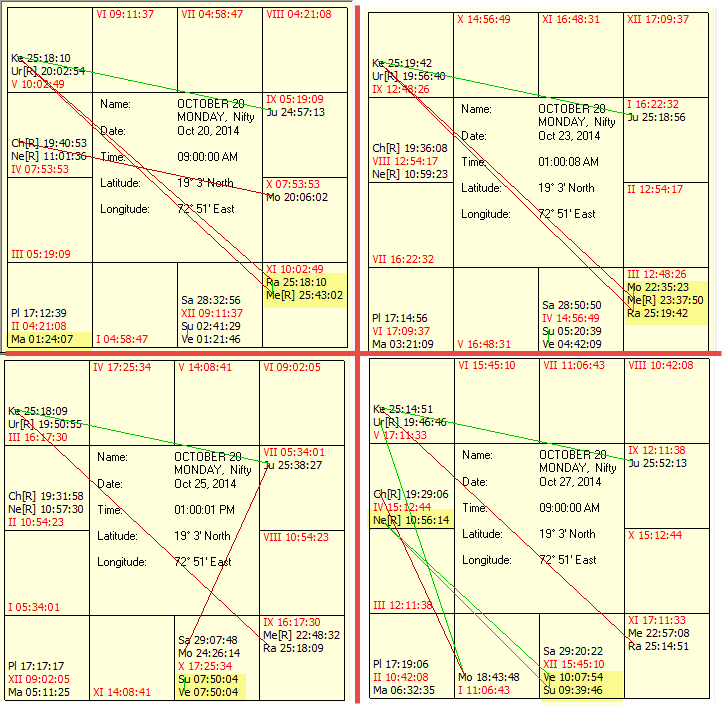 Some of the important astro formations are depicted here.
1. We are in the reversal time of Sun square Pluto and Venus square Pluto.
2.Mars is moving out of Scorpio. Just see the damage Mars brought about when he was strong in Scorpio. The day Mars entered Scorpio, the market topped out.
3. From today Mars is in Sagittarius till  November 27.Sagittarius is a sign of exaggeration and Mars likes aggression. Once Mercury becomes direct, Jupiter also will gain strength, since Jupiter is in Mercury star. That should be positive for the markets.
4. Mercury also did not effect any trend reversal when he became retrograde. So  most probably in the mid period he should contribute. His effect had been delayed by his affliction by Rahu.
5. Interestingly when Mercury was direct and went through Rahu affliction, markets tanked. When he is reverse and getting conjunct with Rahu, it should case a positive effect. Then this also means when Mercury becomes direct again and confronts Rahu, another reversal should take place. This is the subject matter for October 26th onwards.
6. Sun and Venus are beginning their long conjunction now. Venus is in her own house and Sun enters his house of debilitation.The conjunction may not have enough strength for a sustained up move.
7. Ketu Jupiter trine also should show strength, but possibly after Mercury regains strength. Both Ketu and Jupiter are in Mercury  stars.
8. The party spoiler could be the eclipse and Mercury getting caught in between.

So we could have an upmove, but it may not be very sustainable. Trend strength is better after Diwali.
In short, volatility continues. Be cautious till this eclipse goes away.