In technical analysis, we spend far too much time agonizing over price levels. Actually, time is also very important. In fact advanced Gann theories emphasize that price and time are interchangeable. One way we could measure time in market parlance is through the analysis of cycles.
Market movements are nothing but the composite effect of several cycles acting in unison. Some cycles are very long and some are very short. But all of them are always acting. When significant lows are formed, then several cycles bottom out immediately.So always, in cycle analysis, it is the bottoms which are important.
Here is a chart on  simple daily cycles which keep repeating... 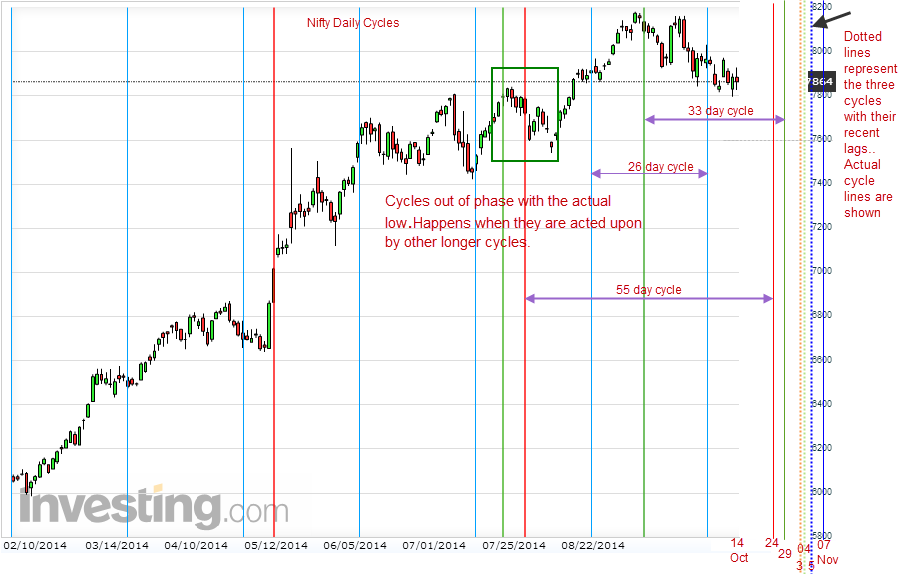 What do we see? The dotted lines are getting bunched up by November, 03, 04 and 05.So we may expect an important low to be formed by that time.Saturn would just enter Scorpio,Debilitated Sun and  Venus could be conjunct in Libra and Ketu and Jupiter would be parting ways from a trine formation.Since the last quarter of a cycle is negative, we must be cautious from October 30 itself.

Is everything going to collapse?
Not really. Look at the monthly chart of Nifty.... 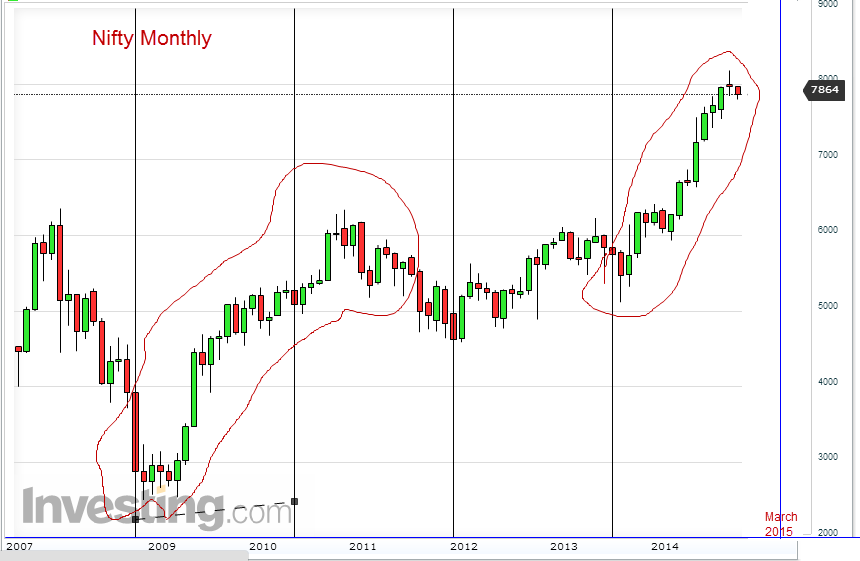 Cycles are 18 to 21 months duration and are represented by black lines.The next cycle low is due by March 2015.
The relevant questions are,
1. Will we see the fractal envelopes repeating? That is will Nifty form a shallow low and keep moving up later on?
2. Or will she spike out and then form a sharp low?

Iam inclined to the later, that too by the second week of January 2015.Any how, there has to be one big upleg coming, as per this cycle analysis.
Enjoy the unexpected Holiday!