When the Moon conjuncts Sun, we have a New Moon.After the Conjunction, Moon moves away from the Sun. That period is called Sukla paksha or waxing phase.
When the Moon reaches a point 180 degrees away from the Sun, we say Moon is in opposition to Sun and that is Full Moon. After that Moon moves towards the Sun forming Krishna Paksha or waning cycle.
Similarly long term planets like Jupiter, Saturn, Uranus, Neptune and Pluto also form waxing and waning cycles to one another.
In this post we examine the waxing and waning cycles of other planets with Pluto, "the Ultimate Transformer." 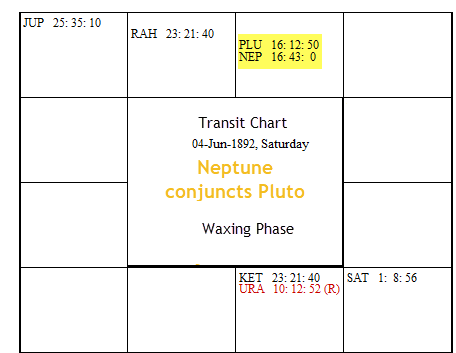 This is the longest cycle. Pluto Neptune waxing cycle began in June 1892 and will end in an opposition by August 2141 with Pluto in Taurus.This is toooooo long for us to consider! 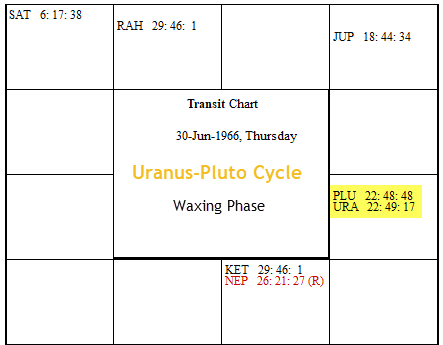 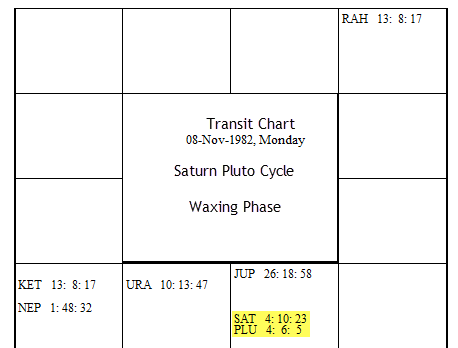 Saturn and Jupiter cycles to Pluto are more interesting because we could relate with out timelines and we can measure performances over economic indicators such as Stock Indices. 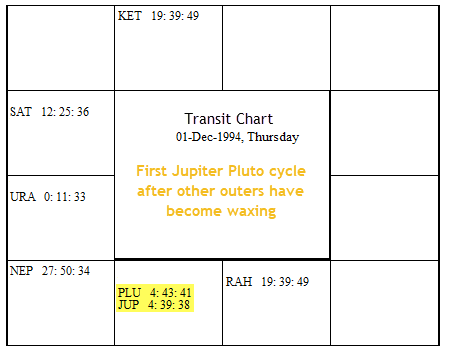 We can see all other outer planets, Saturn, Uranus and Neptune progressively waxing away from Pluto. 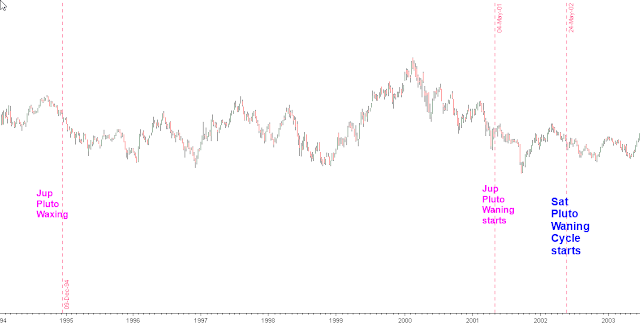 During the entire Jupiter waxing phase with Pluto,between 1995 to 2001, market just meandered around..

Jupiter waxing phase of 2007 sees two bear markets and recoveries but the 2008 top does not get taken out during the Jup-Pluto waxing phase. 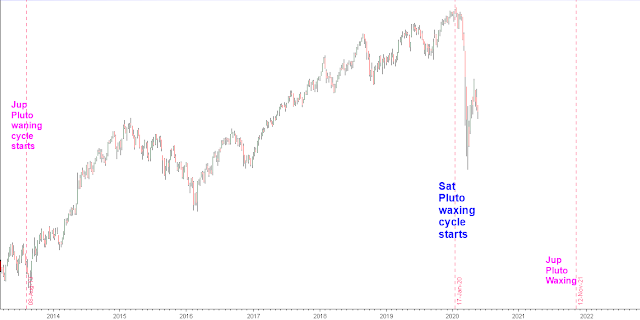 Jupiter-Pluto waning cycle of 2013 takes the market from the 2013 bottom to a 7 year top in January 2020 till Saturn conjuncts Pluto.
Soon after Saturn Pluto waxing cycle commences, markets take a multi month  dip and after that they  attempt to cross previous highs provided there are no Jupiter Stations nearby.
If there is a Jupiter cycle like we have now, then after the fall, market struggles to get up for a while.
For a Jupiter-Pluto series with three passages, we find that market dips into the conjunction every single time. Market tries its best rally attempt between the second and third passages.
So Saturn, a first rate malefic will pull the market up along-with Pluto, another malefic. And Jupiter, the Great Benefic will combine with Pluto and pull down the markets in the long term. So we expect huge volatility and ups and downs with upward bias from March 2020 to July August 2026.
So great times for traders and short term investors but not so good for buy and hold type of investors!