The skies look pretty interesting this week. Several planets are getting involved with one another. When fast moving planets connect with existing aspect between two slow moving planets, aspect effects of larger planets start manifesting sooner.
The theme of recent by gone days was suddenness.
Cyprus suddenly entered our consciousness. DMK debacle was also a sudden development.This is because Uranus is involved with Mars, Venus and Sun, all in Pisces.Pisces as a sign is indecisive.So that could well be the theme the coming week. Since Pluto is involved the underlying issue is always going to be debt or threat to established power. With Saturn also aspecting Pluto this could be the beginning of change for may corporations and even Governments.
Astro charts with comments for some of the upcoming days is given below: 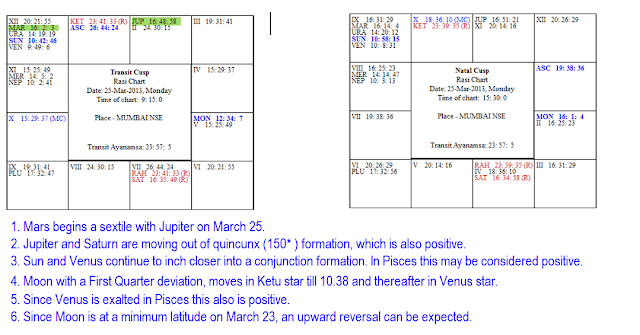 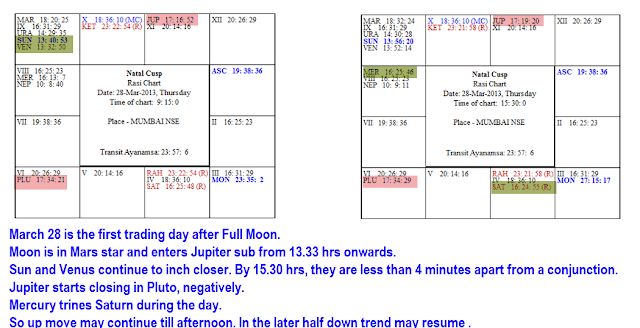 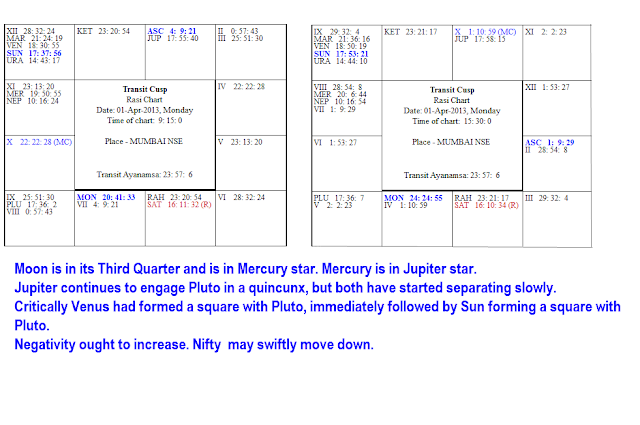 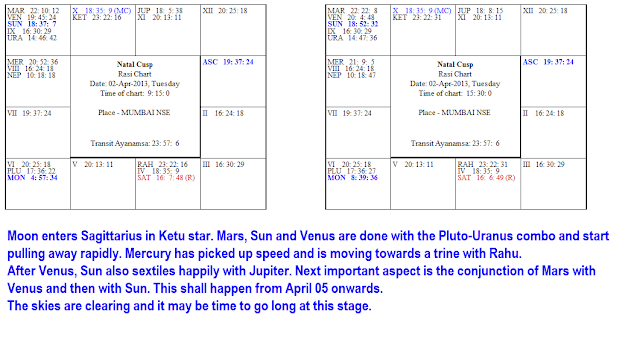 Since there are several elements at cross purposes, wanting to influence the market, it is imperative that the price movement is watched and steps taken after Nifty moves in the direction expected. Also it is pretty dangerous especially now to not use stop losses.
Have a great week of trading!
Posted by Tekkiesuresh at 2:28:00 PM