It was fascinating to observe two Indices move in diametrically opposite directions last week.Dow Jones closed at 14089.66, a mere 109 points from it All Time High of 14198.10 made during the last week of October 2007.
Nifty, on the other hand, in the past two weeks had fallen from a high of 5971 to a low of 5671.90, before closing the week at 5719.
It was also interesting to note that natal Mars was closely aspected by transiting Mars in the chart of New York Stock Exchange, on February 28 2013.Transiting Rahu and Ketu are also square to the Ascendant.Maybe the Dow is also due for a correction.

Closer to home, let us look at the Astro picture for our Nifty... 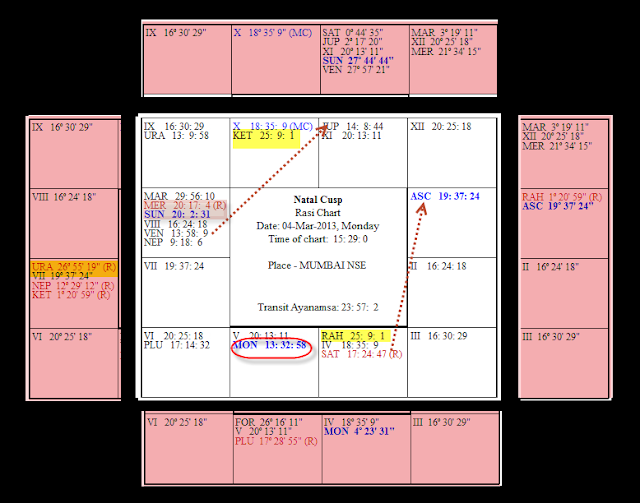 Moon in Scorpio- generally for third quarter Moon deviation, Moon tends to represent a High.
Transiting Rahu- Ketu axis is squaring Natal Uranus
Transiting Saturn is squaring Natal Ascendant
Venus is about to square Jupiter
Sun is conjunct with retrograde Mercury
We are not out of the woods yet. So any high seen in the next two three days may tend to be sold into. 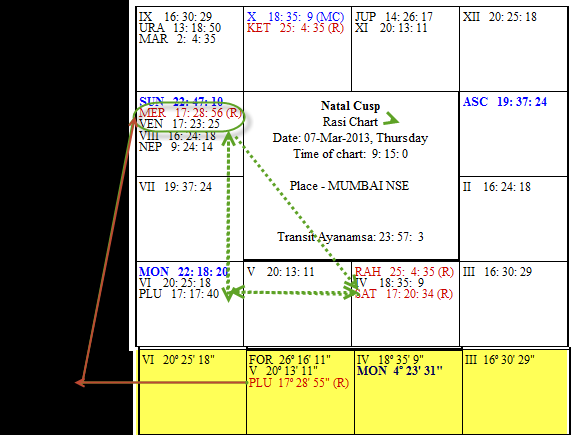 By March 07, Saturn will form a sextile with Pluto. Both Conjunct Mercury and Venus will form a trine with Saturn. So Nifty may bottom out on March 06 and then start reversing upwards. 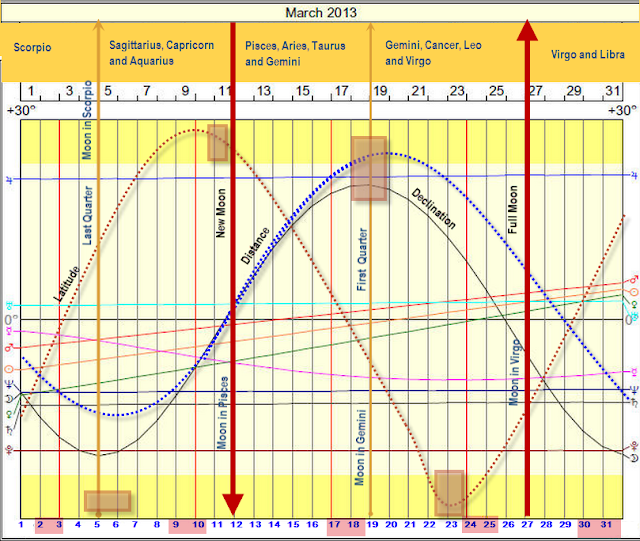