We saw how much effect singular celestial bodies can bring about, when its energies are cleanly transmitted. Next week we have several aspects and signatures as pointed out in last week end posts.Let us look at the technical charts.. 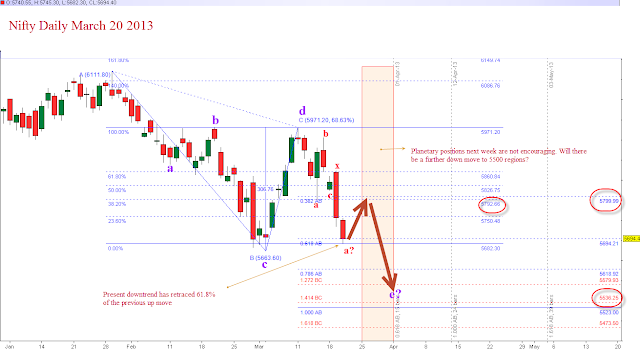 There are possibly two more legs for the current wave e ( it can get complex and produce several more, of course) and that could end the expanding triangle from the top of 6112.Probable time line is first week of April 2013.That is when the negative effects of Saturn-Pluto 150* aspect as well as the Pluto-Jupiter 150*aspect will start waning and Mercury -Rahu ( Northern Node ) trine gets going.Meanwhile a small bounce which is over due should provide one more opportunity to sell on rise again. 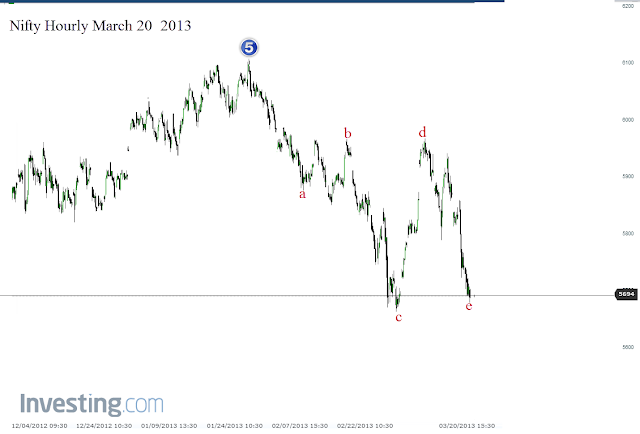