Reliance has been like Kumbhakarna..Sleeping off for a long while and now all awake. Recent results were spectacular and there is renewed interest in the stock now.
Let us look a little more closely.

Lagna Lord Jupiter in the 11th and second lord Saturn in second house itself. 9th lord Mercury is in the 11th. Powerful combinations indeed. Reliance is a natural wealth attractor.
Reliance is currently experiencing Rahu Dasa Sun Sub period.Sun is the significator of 2 and 11, two houses linked with wealth. This period shall be till December 25, 2015.So it is clear that Reliance will greatly increase in value this year.
Reliance should take off once Saturn  becomes direct in the 11th house. This will coincide with Rahu entering Sun star later in the year. That will be a very fortunate period for Reliance.
Reliance is now an attractive investment stock for the medium term.
Looking at Technicals..

We see that the long term chart is turning bullish. A buy signal on the monthly momentum chart is not to be taken lightly.Waves wise, also Reliance is experiencing a break out out of the constricted triangle which had been persisting   since 2009. 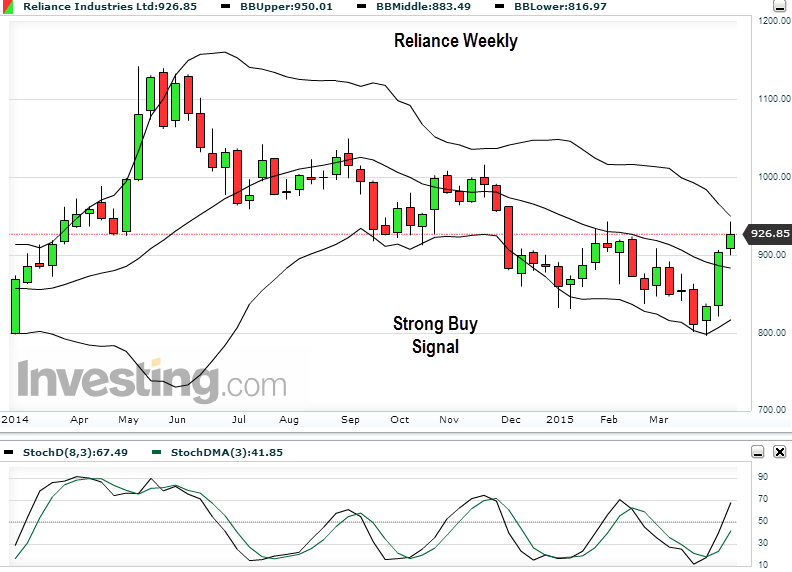 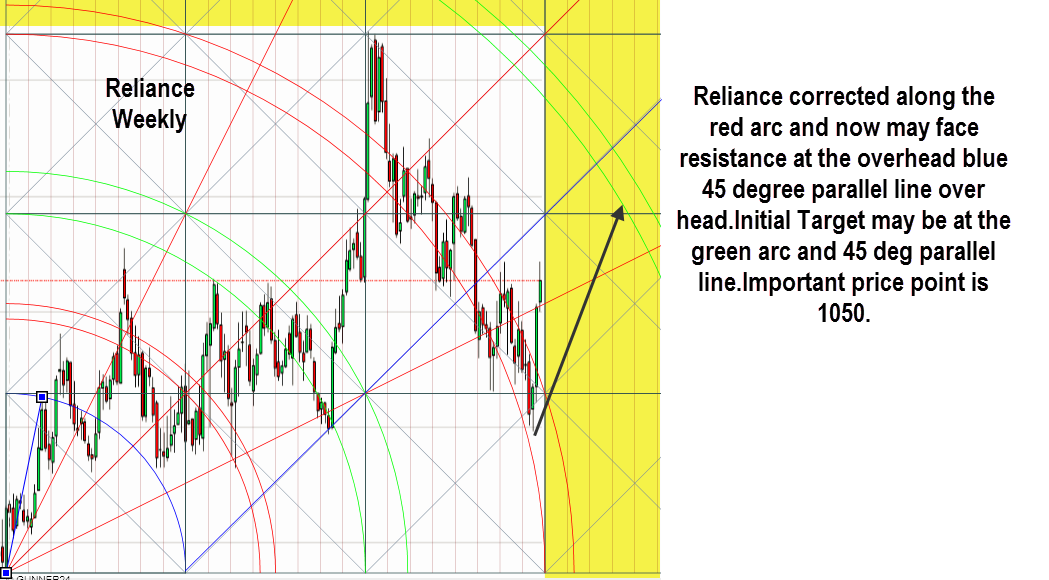 Weekly chart is projecting a target of 1050.

Since the Daily chart is stretched, we may expect correction in the early part of this week and thereafter when Reliance starts moving positively, it  could be bought for handsome returns in the medium term. 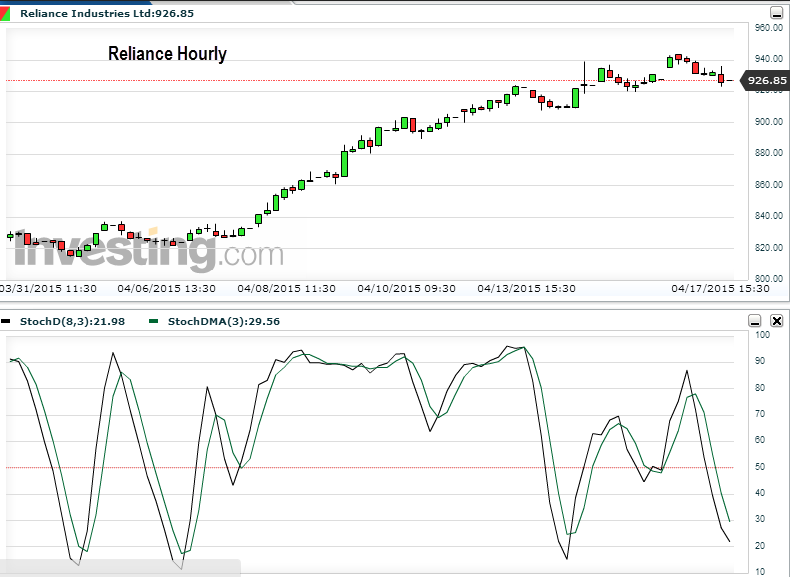 Hourly has to turn positive in its momentum,before new buying could be done.Long positions may be liquidated now and re entered late this week or early next week for big moves later on.
All in all, Reliance is now poised to help us make money in the market!
Posted by Tekkiesuresh at 11:51:00 PM

Thanks for Astro analysis of Reliance. Kindly look at the following line of yours

" Reliance should take off once Saturn becomes direct in the 11th house. This will coincide with Rahu entering Sun star later in the year "

When is this period likely to begin ?

reliance willnot go up in the near future since the crude oil looks bearish ,their GRM will be dented.technically looks very weak.

Dear ambisva,
All fundamental information and anticipations are included in the price. Our analysis is based on what the price tells us.

In total agreement. I'm very positive on Reliance 2. This stock performs best under negative news. Several years of underperformance coupled with good results n bullish charts make this a low risk buy. N to top it Suresh has given us the added astro boost. Great :)