Broken out of the uptrending channel,and forming a complex abc x abc pattern.Maximum downside is upto 8550. But it could turn before that...
Because of the weekly .. 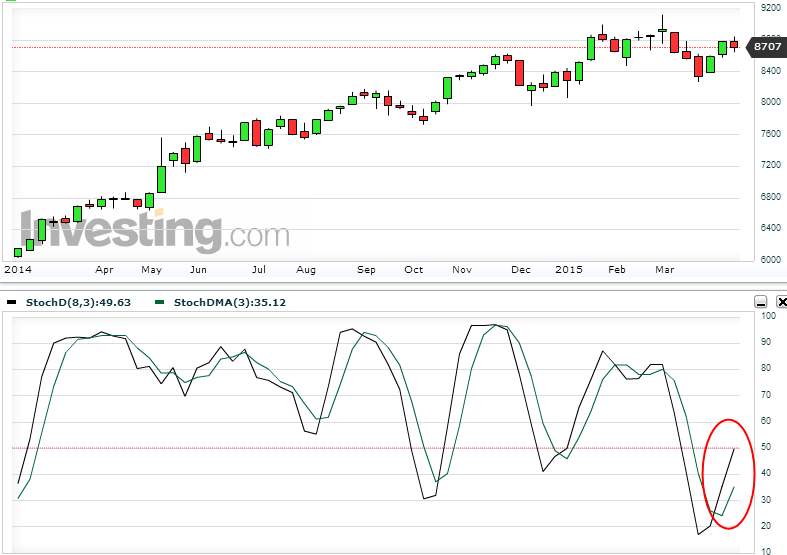 Weekly trend has turned up. Tomorrow is the weekly closing. So be cautious on shorts. Trend could assert itself tomorrow and show more weakness next week.Trade with stoplosses. 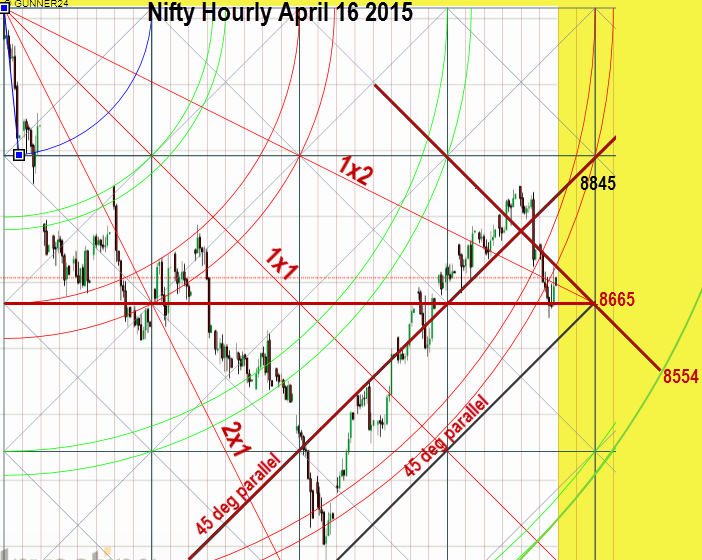 Coming back to the hourly, we see that Nifty has been moving along a 45 deg parallel line. Since it has broken the first line, it could move to the next.If this breaks then the next support is 8554, the green arcs.The overhead resistance is 8845.
Since we have the New Moon on April 19th, and since the Green Period starts soon, it is best to cover shorts on any sudden weakness.
In a nutshell, follow the shorts with a trailing stop loss,and go long once the stops are taken out. 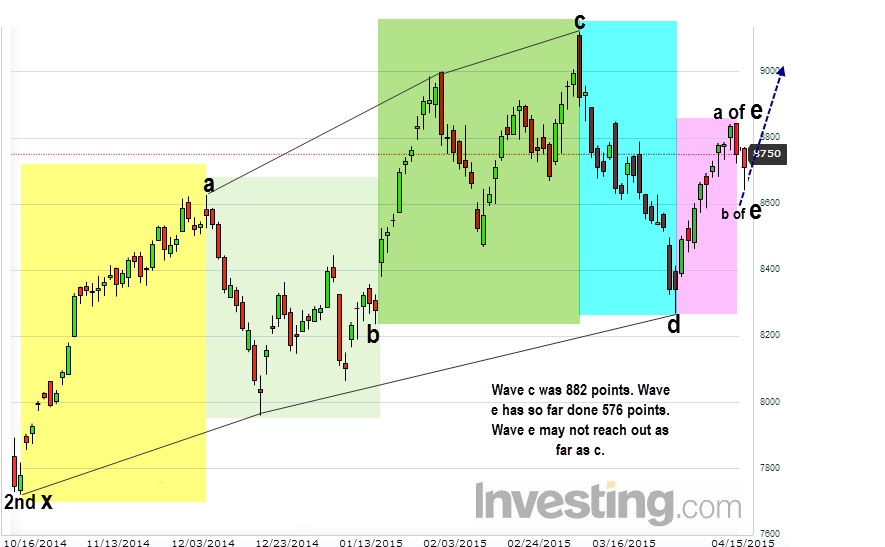 Since the recent uptrend had crossed more than 61.8% of the down move from 9119, we consider the uptrend as wave e. We are currently in wave b of e. Which means there is one more upmove after the current down move.
Posted by Tekkiesuresh at 2:14:00 AM

thanks for the update sir

Hi Suresh, Why do you think the larger pattern playing out is Diametric and not a Triangle. In contracting Triangle it is allowed for C>B in price. Leg-E has ended right at 61.8% A. I have posted my analysis at https://wavevision.wordpress.com/2015/04/18/nifty-best-and-alternate-case/

Mahesh, the triangle you expect is an extracting triangle.For this to happen, Nifty should go below 8269.If it goes below 8269, then the whole medium term scenario becomes very bearish and we may have to look at 9119 as a major top.While this possibility is alive, the probability looks doubtful.Some powerful astro indications are round the corner.So Nifty may move up into e and continue with the diametric.Of course, Iam open for your suggestion as well.I have covered more info in my recent posts.

Thanks Suresh. I Agree. BTW if we are in b of e then b should take equal or more than time taken by a (9 days). That is if e is not a triangle or a diametric in itself.