Mars in Pisces along with Venus

Mars moves through Jupiter, Saturn and Mercury stars in Pisces.Pisces  is the ninth house for Nifty futures and Mars is a malefic both naturally and functionally.While Venus, a natural benefic, is in her exaltation in Pisces. So how has Nifty fared in the past? Let us take a trip down memory lane to a few years... 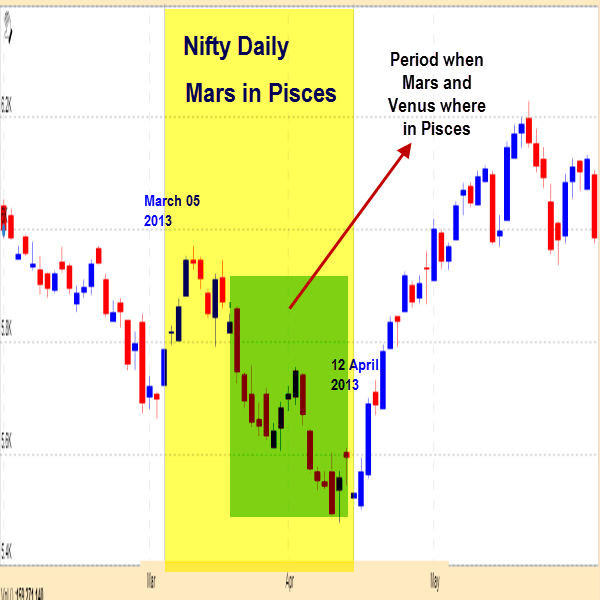 In 2013, when Mars entered Pisces, shown in yellow highlight, there was a reversal of down trend and formation of a short term peak. When Venus joined Mars, Nifty resumed the down trend in a more pronounced manner. 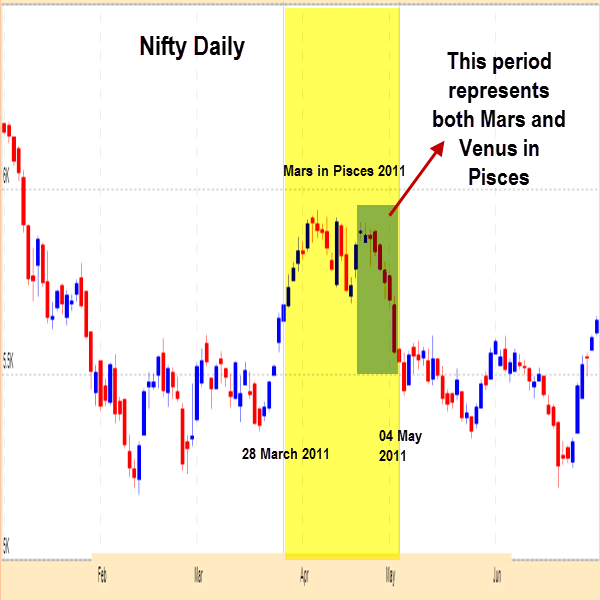 We see the same trend in 2011. Nifty moves up from a sideways trend, forms a short term peak and then when Venus joins Mars, Nifty reacts down more pronouncedly. 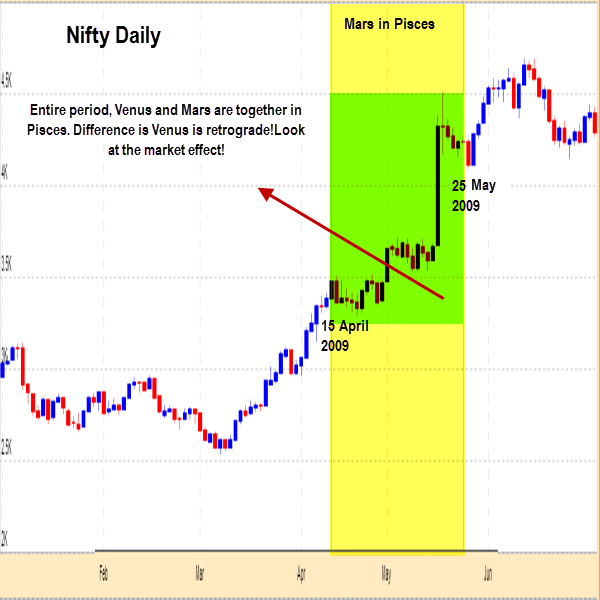 Here is a complete reversal! Mars enters Pisces when Venus is already there, but in a retrograde fashion.So while Mars goes through Pisces at his pace, Venus retrogrades there and leaves Pisces only after Mars leaves. When retrograde Venus conjuncts with Mars in Pisces, we see a huge inversion- market shoots up consistently. Added catalyst is the presence of Uranus! 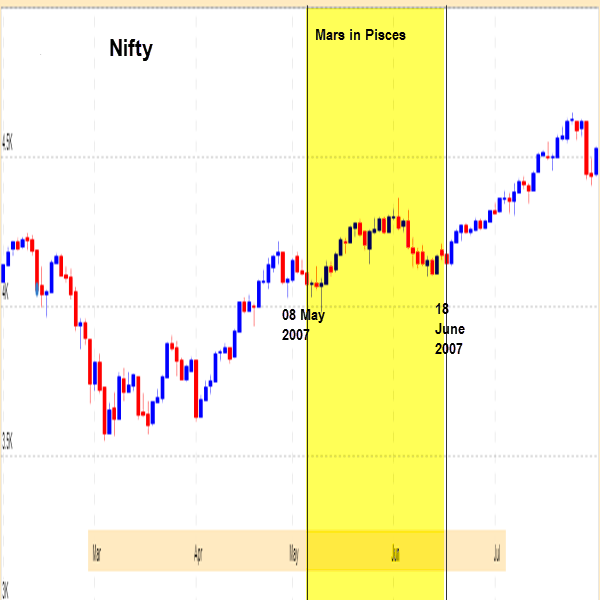 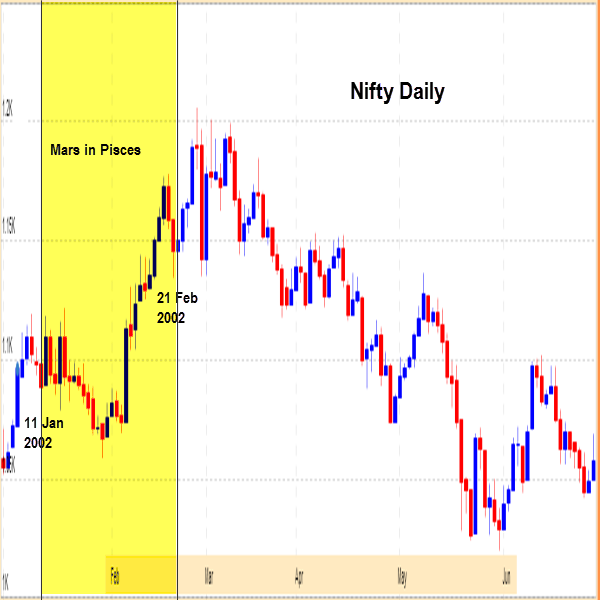 Both in 2007 and in 2002 ( added as just a flavour of a more distant past), Nifty forms a top,forms a low and then reverses to a higher high. This tells us that it is the presence of Venus in direct motion,  in its exalted sign, which actually pulls the market down and causes a lower low.
Now, I admit this exercise is too simplistic. We must consider the effects of other planets also to get a more complete picture.
So fast forward to 2015...
Let us also look at the total astro chart for some more information...

What strikes us is the total benevolent long term influences amongst these many occupants of Pisces.Jupiter forming trine with Venus, Mars and Uranus.Also Uranus and Pluto squaring for the last time in our lives.Sure, Venus will pull the market down, conjunctions of Venus with Ketu and Mars with Ketu also may pull the market down, yet because of the positive influences of the long term planets, Nifty may recover.
In other words, Nifty should move up slowly, with great volatility, brought about by Mars, Venus and Ketu conjunction.
But things definitely will come to a head in March where the positivity may give way to a move towards the mean, what is called as mean reversion.So trade cautiously.Capital protection is always the first concern.