Bank Nifty movements are better understood in a comparison with Nifty..
See these two charts.. 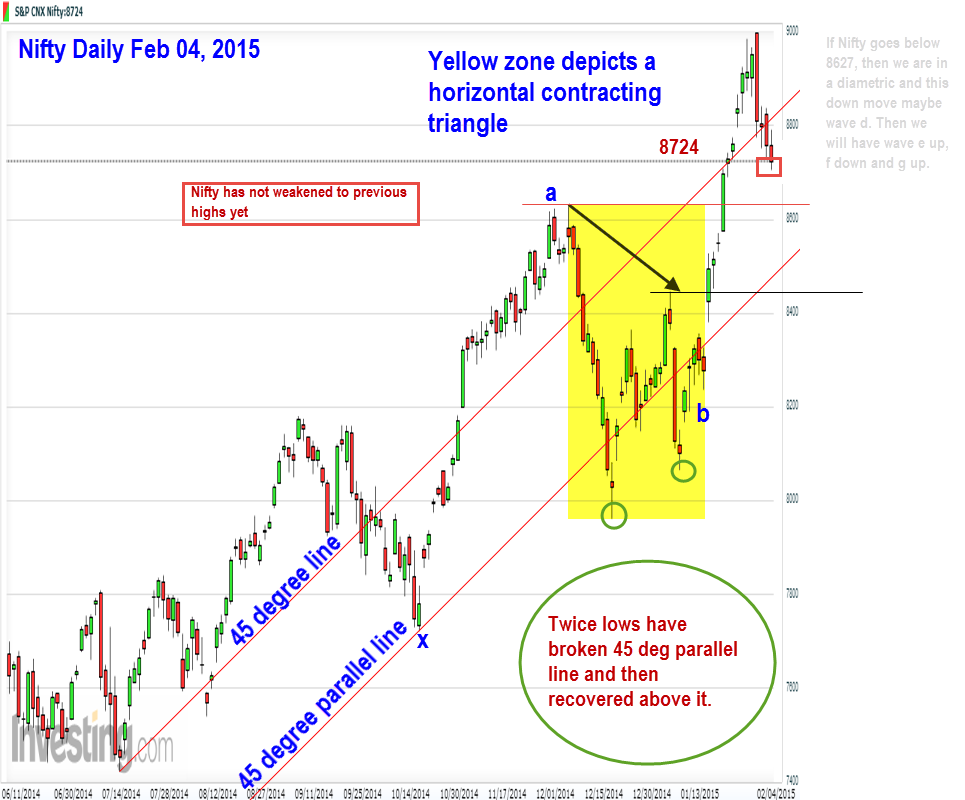 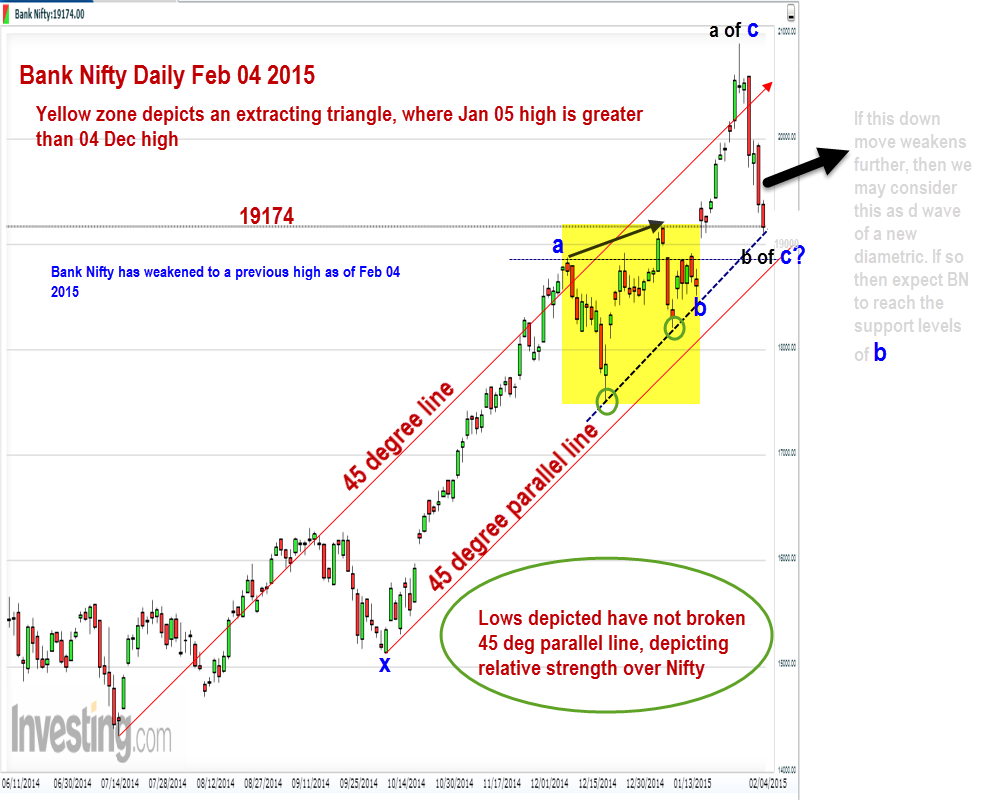 So, Bank Nifty has weakened more than Nifty of late. Levels of 18500 or so are good entry points for a pre budget rally.
Astrologically Bank Nifty is in a weak period from Jan 27, 2015. Mars is in its 8th and this will continue till March 06th. In between expect an upmove coinciding with the effect dates of Sun Jupiter opposition.

Bank Nifty might do much better after March 2015. Second half of the year should be very good for Bank Nifty. I expect Bank Nifty to outpace Nifty this year, because both Jupiter in Leo in the second and retro Saturn should be favourable for BN.
Posted by Tekkiesuresh at 9:31:00 AM