Last week we suggested that the market is bullish and not to short anything. True to our expectations, Nifty went on to surpass 8600 before closing at 8588.
We also surmised that the Uranus Pluto square is inexorably pulling up prices and with this square very much in formation, there is no question of any correction. This despite several negative set ups from short term planets.
But now the short term planets are beginning to turn positive as well.
On November 26, Uranus trined Venus.
By December 01, This Venus will trine Ketu also.
And by December 05, Venus will trine Jupiter, which has slowed down considerably, in preparation to its yearly retrograde motion.On the same day, Sun will trine with Uranus, another powerful combination.
By December 09, Sun will conjunct with Mercury and Jupiter will turn retrograde.This will be the first indication that the trend is fast maturing.
And of course we have Pluto Uranus square on December 15th.
So the short term planets also join in the positivity..
Trend continues to be up and from December 08 onwards, we have reasons to be cautious about..

Nifty daily cycles also agree..Cycle on Nov 21, was an inversion. So the cycle at December 24 will most probably produce a bottom. Red cycle of 108 days has been hugely right translated. So we expect a top somewhere between December 15 and 24, most probably by December 19/20.Since the current cycle was so right oriented, we expect a shallow correction for about 4 to 5 days and then the next upmove should resume again. 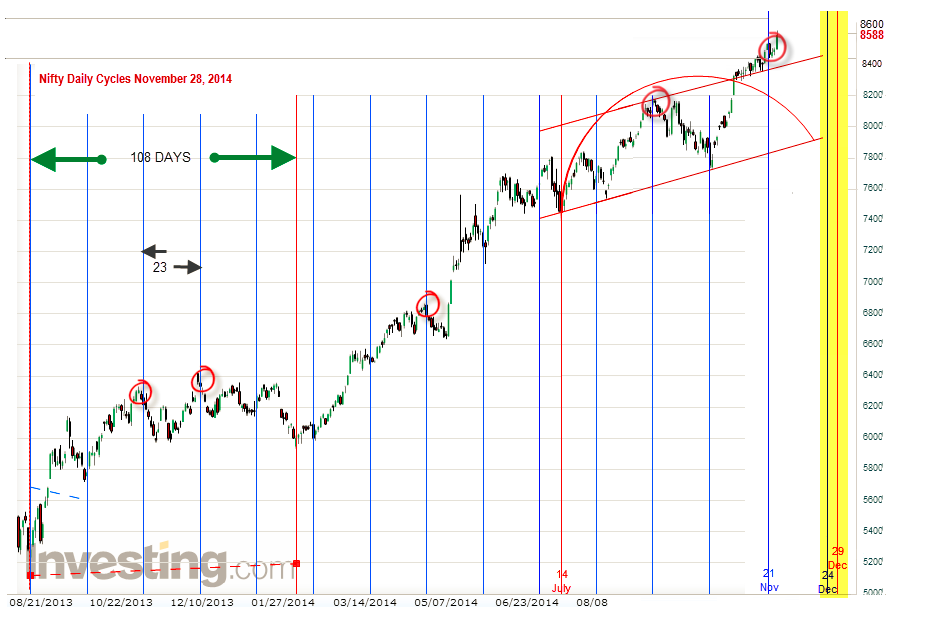 We can see how Neo waves also agree.Currently we are in wave 3 of wave 5 of wave c which is the last leg of wave a of the 2nd x abc combination.So after this wave a of xabc ends, then b of xabc should open downwards.Cycle s2(po) has now commenced on the hourly charts.Since there are only 2 x waves allowed in a complex correction Wave F should end when the current, 2nd xabc ends. That should be in the first quarter of 2015. However, since the markets have run up so much,  we should be prepared for any aleration or deviation. 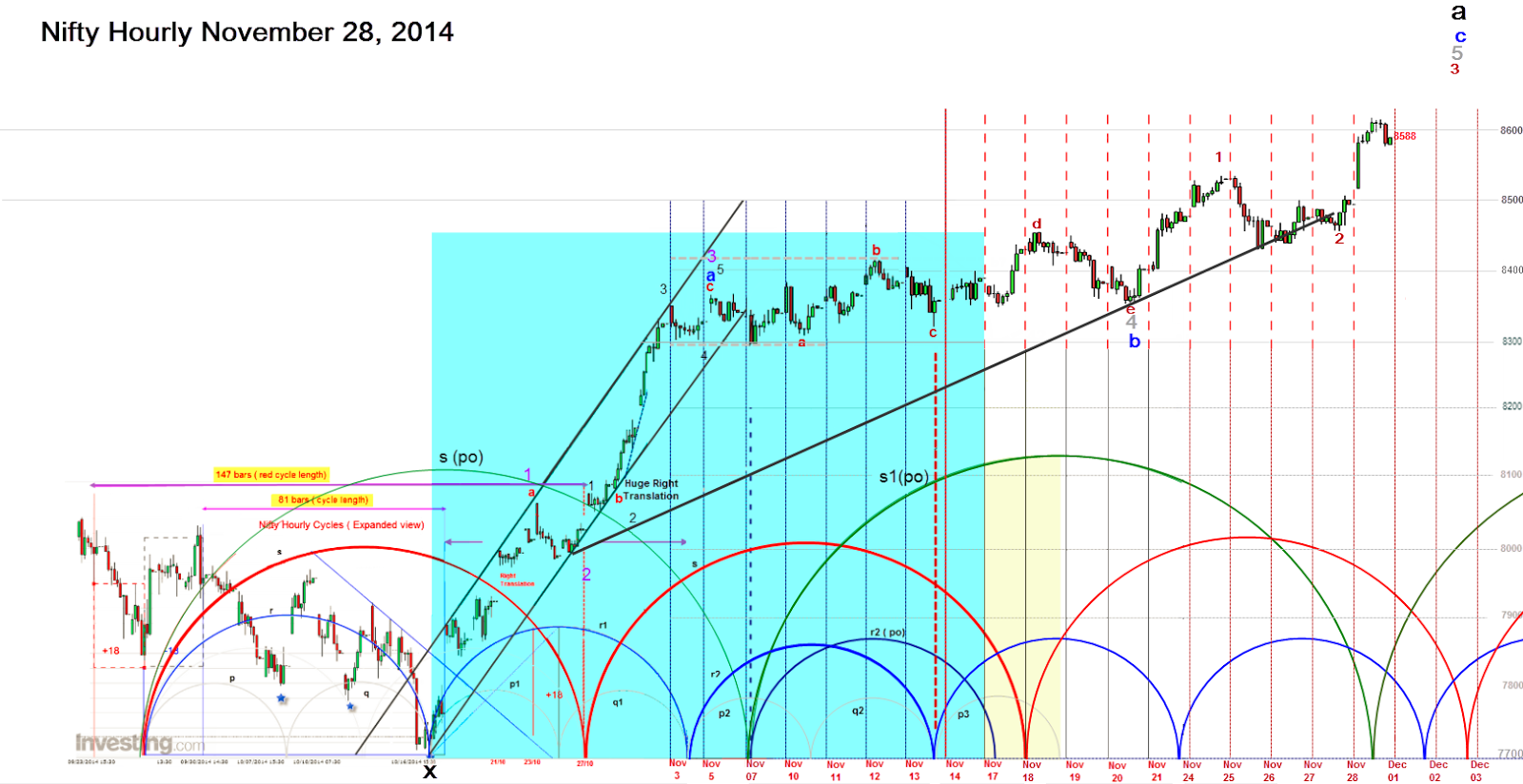 Meanwhile the last month of the year is just about to flower...Markets are cheerful..they may become exuberant at any moment!
So happy and safe trading.
Posted by Tekkiesuresh at 4:38:00 PM