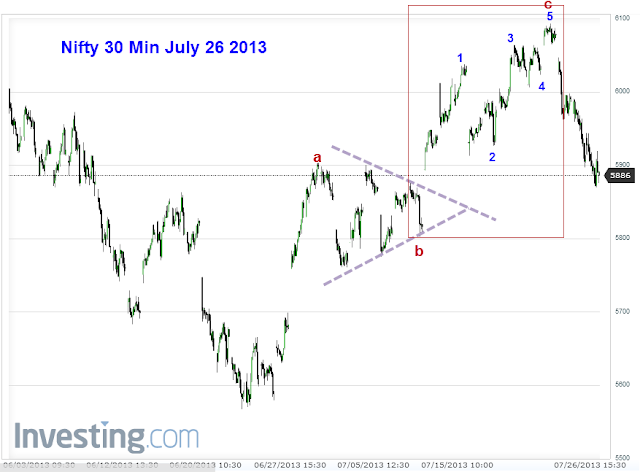 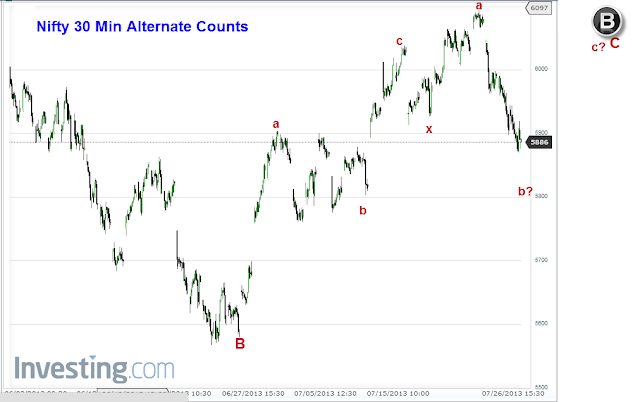 We expect 3 days of negativity and recovery in the last two days this week. Aspects wise, a bottom is indicated by August 07/08.

Happy and safe trading.
Posted by Tekkiesuresh at 8:43:00 AM

really super post ji. easy to understand for day by day basis. pls keep the same in future post. and i like to remb financial astro lession... pls do ji.

Nice and elaborate one

hi suresh
please explain "Moon in Sun star, which represents 2, 11 and 6. " what all these numbers
"Moon is in Ketu star. Asc is in Venus star. " what all these stars ? how can i כןמג ןא ךםבשאןםמד ? I would appreciate if you could expand how numbers can be found and 'mining of each number ? sub-division secondary star .
is the astrologic software shows it on its own? And how to interpret each situation .i will be happy to hear an explanation and if there is a link to read and get more details
Thanks namaste roni

I am having a little doubt in the coordinates of Lagna of KPstarone software.
When i used the tables(Nirayana) given by siva subramanyam and calculate manually I got some other value which differs from the starone software exactly by ayanamsa value.Is the ASC calculated in software(because u r also using the same) is of Sayana Should we use Nirayana Lagna for KP Because by Lagna and other houses we are able get whether the planet is in which house(ex 2 11 6 12)I want to know where i had gone wrong? Kingly clarify my doubt.And also when we erect a chart at 9.15 AM for that day as Birth chart, since as the lagna changes the planet houses also change ( for example if sun is in 12 at 9 15 AM , after Lagna moves to other house sun will be in 11) At that time how sun has to be looked benefical because in 11th house in transit or as less malefic because it is in 12 th house in birht chart and trasited to 11 th in trasit?

Thank you Kiruthika. As I had mentioned earlier, time is the constraint. To boot, Saturn and Rahu are becoming conjunct in my Ascendant, by September. So I will be snowed down with work pressure! Iam barely making it to the weekly deadlines of this blog, as it is! Please give me some time. The lessons are surely coming!

Sure Amit..with your support and encouragement.

thanking you sir., nifty give only in this type of astrology only like date to date astro July 29 2013: Moon is in Ketu star. Asc is in Venus star. Ketu signifies 8 and 12.Venus signifies 12 and 3. Moon moves through the subs of Mars, Rahu and Jupiter. A down day with some recovery post 1.15 pm.
July 30, 2013: Both Moon and Asc are in Venus stars which signify 12, 3 and 10.Moon moves through the subs of Mars, Rahu and Jupiter. Same pattern as July 29. Fall and some recovery post lunch.
July 31, 2013: Moon in Sun star, which represents 2, 11 and 6. Asc in Venus star which reduces the positivity caused by Moon. She moves through Rahu Jupiter and Saturn subs. So after a flat opening we may see a positive market this day.
August 01, 2013: Moon in Moon star. Moon signifies 9 and 12.Ascendant in Venus star, signifies 12 and 3. Moon is in Mercury sub. Mercury though close to 11th cusp, still signifies only 10.Moon moves through the subs of Rahu, Jupiter and Saturn. Recovery in second half, yet should be a small negative day.

August 02, 2013: Moon in Mars star, predominantly signifying 2 and 10.Venus is in Venus star, signifying 12 and 3, but Venus is also the 11th Cuspal sub lord. So a positive end to the week is on the cards.

We expect 3 days of negativity and recovery in the last two days this week.

Ron, please have a look at this link. http://www.astrosage.com/kpsystemintro.asp
It will give you some basic knowledge of KP Astrology. This is an Indian system which gives good results. Please have a look and then we can discuss further. You will begin to understand what Iam saying, far more clearly.

Dear Rama,
Always use only Nirayana Lagna when you are using KP. The Ayanamsa should be KP New Ayanamsa.
Nothing wrong in studying Sayana also. But do not use stellar system with Sayana. In other words, just understand the sign positions and their effect alone in Sayana. Remember, Sayana is Western Astrology.For example: Saturn is in Scorpio, as per Sayana. Scorpio Saturn is a Saturn which will demand retribution and punishment for wrong doings of the past.Similar effect is observed in KP when Saturn is in Rahu, especially if Rahu is in Dusthana in the natal. India has got Rahu in the 12th house, in the Independence chart. Today the Nation is paying the price of policy ineptitude and poor Governance. So you can see that both the Sayana and KP are giving results.You will find that KP results are more precise. Regarding your other question, treat the 9.15 am chart as the Birth chart of the day.How will you decipher a birth chart? You will identify positive houses and negative houses first. Stars second and sub the last.You will identify the day`s trend ( life time reading) from the chart.For result timings alone you will look at the Transits, the movement of Moon ( which is nothing but your Dasa system) and the Ascendant star and sub positions. For example again, today at 11.10 am, as per birth chart at 9.15 am, Moon in the 8th house, conjuncts with Ketu which strongly signifies 12 and 8. Result? Nifty goes down once again.Now if a draw a chart for 11.10 am then Moon will be seen as being in the 7th and star lord of Moon will be seen to be in the 11th. So how could this be correct? It will never be correct.Please discard such usage. Hope I have clarified your queries.

Am I to understand that you like this kind of day to day explanation? I you notice Iam correlating several factors like Lunar effects, Vimshottari Dasa Systems, Aspects and Technicals to give you an all round view.
Incidentally did you notice how the markets turned down immediately after Mercury became direct, on a day when Mars was conjunct Jupiter? And this happened in the mid period of Saturn Sookshma? It is truly amazing how all of these tie up and give a specific result!