LT ia a prestigious stock, and I have fond memories of this one. This was one of my earliest winners, way back in 1991/2.One of our friends has been asking about this stock and so let us see how this one looks like now. 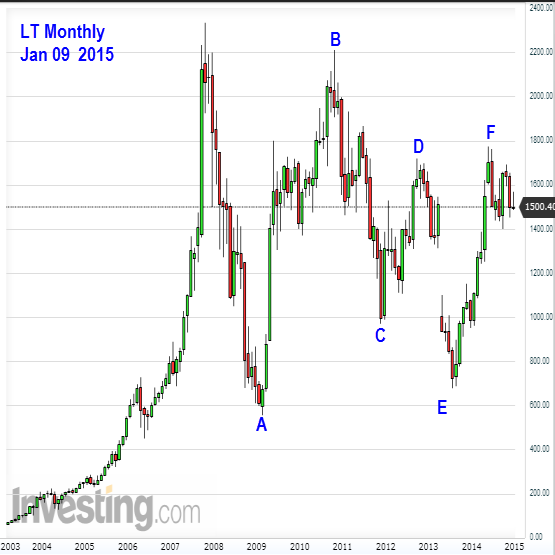 LT peaked with Nifty, in 2008, fell with Nifty to March 2009, then rose with Nifty to November 2010,and then fell again to December 2011.From 2012, they parted ways. LT fell lower than 2011 low, shown as C in the chart whereas Nifty was much higher than its own C of 2011.This has got everything to do with the Infrastructure pack itself losing favour with the market. LT was one of the better performing ones,
Technically, LT is in the last wave of the diametric which had started from 2008 Jan.Wave G is slated to bottom out this 2015 and a new bull run to start.
That is when we should hop on to this band wagon, because Infrastructure could be in favour in 2016. 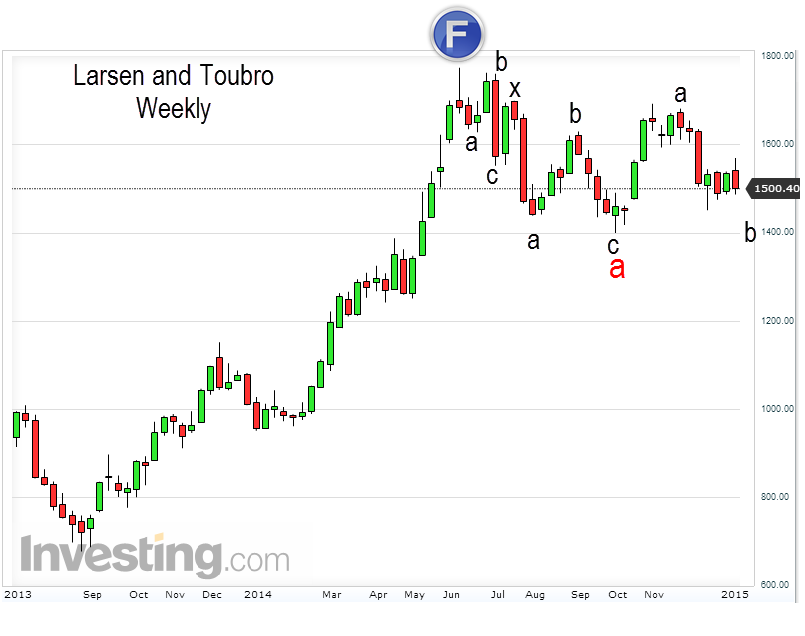 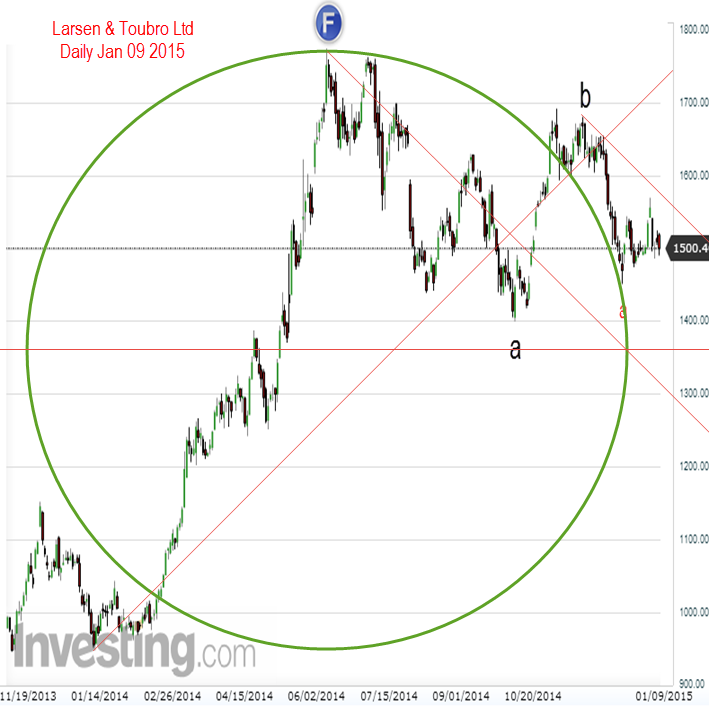 Daily also gives a similar picture. Maximum downside could be by 1350. That could be a good long term buy. LT also is a good medium term trade because it shows legs on both side.. up and down.

Aquarius is the 8th house for LT. First  Mars, then Venus, Sun and finally Mercury will pass through Aquarius in the next 2 to 3 months. That is a time of test for the stock.From March to August it is Jupiter and that is when this stock will start to accelerate.
We shall periodically review this stock. It is a good one to own, because of powerful planets in the 11th and 2nd houses.
Posted by Tekkiesuresh at 8:11:00 PM