Nifty opened the previous week at 9726.85 on June 01, 2020, went up to 10176.20 on June 03, came down up to 9944.25 by June 04 before closing the week at 10142.15 on June 05, Friday.
Contrary to expectations, Venus sqr Mars was just a small blip on June 03 and now the market is strongly moving towards the Sun square Mars aspect of June 08/09.Sun squares Neptune on June 10 and Mars conjuncts with Neptune on  June 12.
Neptune is all about dreaminess and being divorced from reality.It represents drugged states of altered consciousness.Assumptions rule the roost right now.
All markets are also on a high caused by liquidity.There cannot be a reality check because Pluto, Saturn, Jupiter and Venus are currently retrograde. They will be joined by Mercury which goes retrograde on June 18th.Neptune will join the retrograde group by June 22,2020. Six planets will be retrograde!
When the dreamer goes retrograde, then a reality check may happen.Especially with a Solar eclipse on the same June 22, 2020.
We expect some profit taking this week before the markets move higher into the week of  June 22, 2020.Not conducive for any shorts but for going long after some profit taking.

9850 is the support level on Nifty futures below which more weakness is expected. Immediate resistances to overcome are at 10266 and 11023. 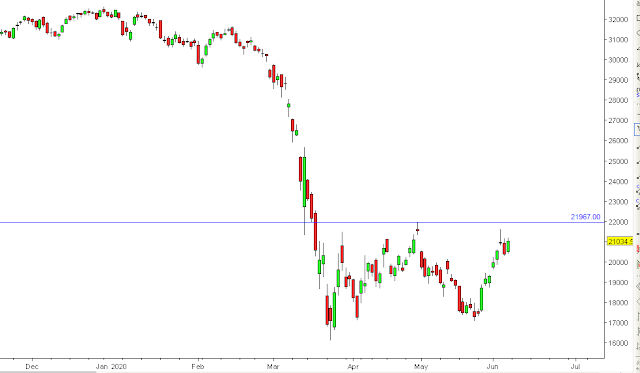 For Bank Nifty the immediate hurdle is 21967, previous cycle top.
Talking of cycles, we are in the second sub cycle of the new cycle which began on May 18.
First sub cycle took 5 days and the current second one has taken 8 days so far. Any day this sub cycle  may start topping out in line with the cosmic aspects.This second cycle was more bullish than the flat first one. In fact Nifty took out the previous cycle top only in this sub cycle.
Currently we continue to expect the next sub cycle to also be a bullish one. 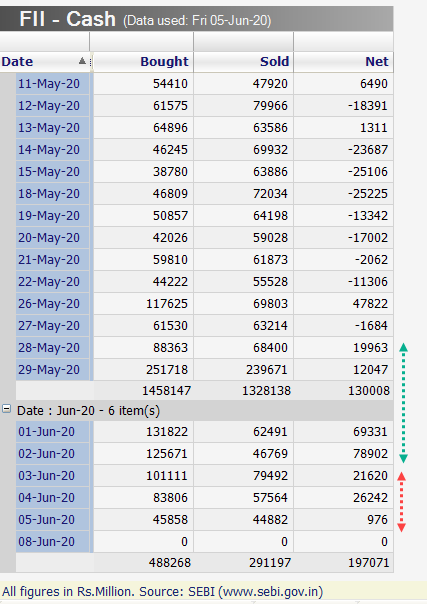 FIIs have been net buyers in the Cash Segment from May 26 2020. From June 03, their buy value has started reducing. 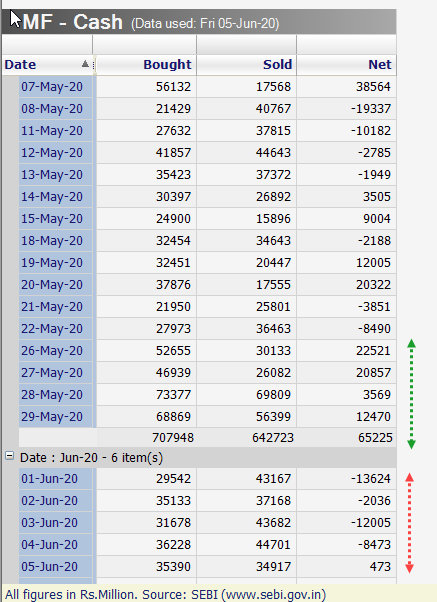