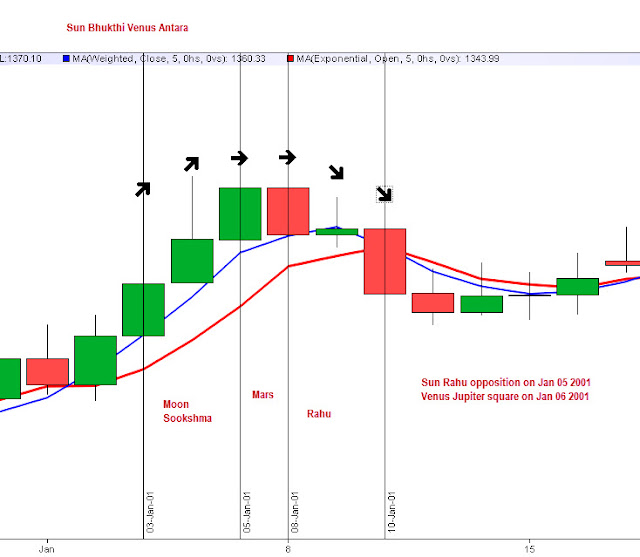 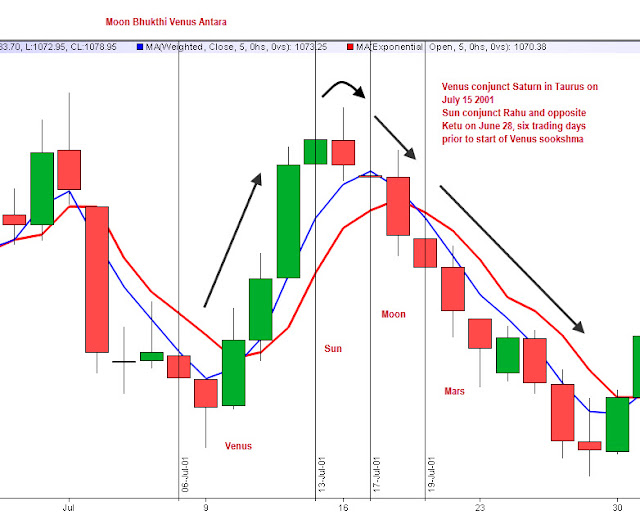 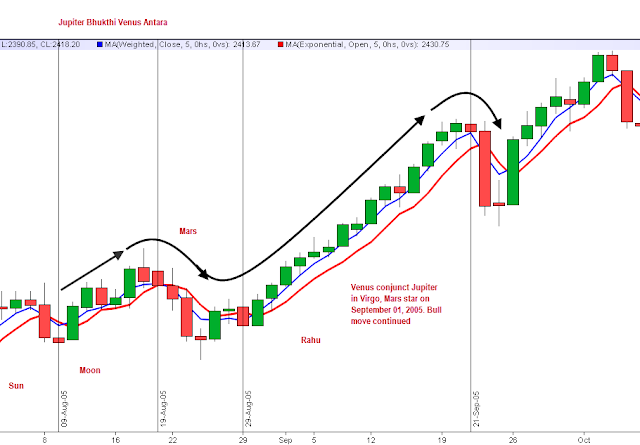 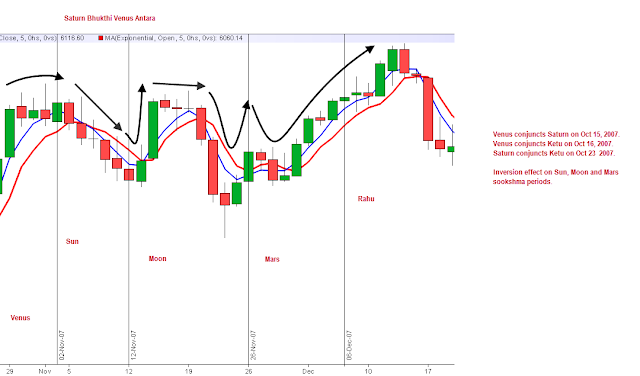 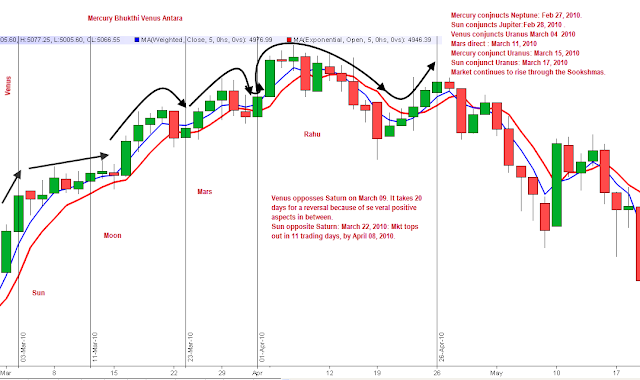 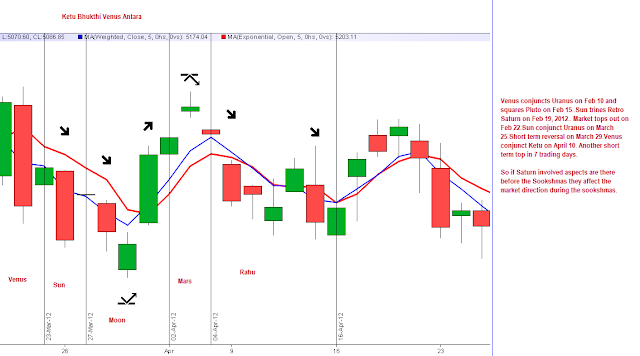 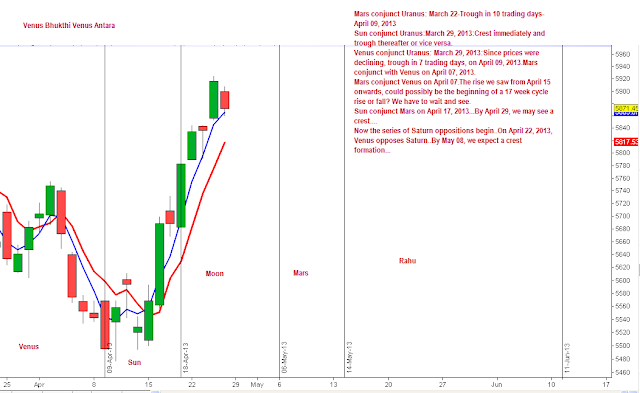 What do we infer? In all such antara -sookshma periods in the past, Nifty either reversed in the Moon sookshma period or in Mars or in Rahu period. If there were bullish aspects prior to the Sookshma periods, then the intermediate reversals tend to happen farther away, in the Rahu sookshma periods. On the other hand, if the aspects were moderate, then intermediate reversals tend to happen either in Moon periods or in the Mars period.
If the aspects prior were negative, then the trend itself will be negative or mixed, going into the sookshma periods.
We are now in the Moon Sookshma period to be followed by Mars Sookshma period, upto May 14, 2013.
So we look for a reversal immediately in this week, followed by an improvement closer to weekend followed  by a bigger reversal in the week May 06 to 10, 2013.Since currently we are going through a series of negative aspects, post May 06/10, the decline could be a little more than anticipated.
It is quite fascinating to see planetary rhythms in Nifty movements, year after year.
Posted by Tekkiesuresh at 8:50:00 PM

What an effort you are putting and keep your postings on a consistent basis.

My sincere appreciation to you. Needless to say keep up your good work

Thank you for your encouragement.