W.D Gann always considered Mars as an important planet as far as Financial Markets were concerned.Mars symbolises energy, both good and bad.( Mars has an elder brother with similar qualities, which is  Uranus).
Now Mars is about to enter Cancer on July 31, 2015. It shall pass through Cancer till September 15, 2015.Mars is considered debilitated in Cancer.
Let us see how our Nifty had behaved when Mars was in Cancer.
Iam not getting into detailed analyses here...just what happens when Mars enters Cancer.
On to some charts, then... 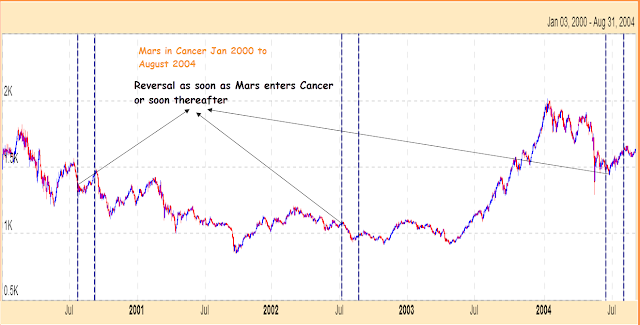 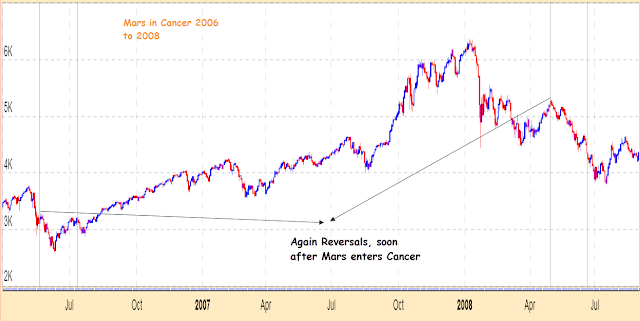 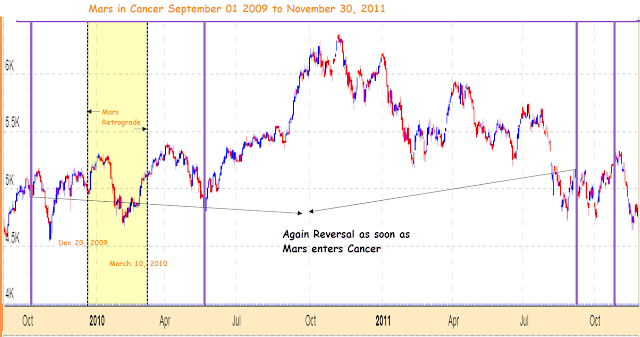 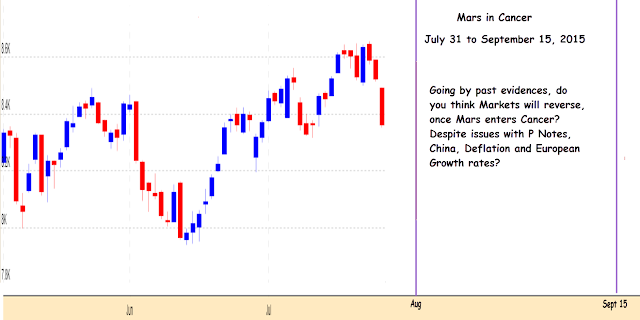 For more of such analysis, correlation with angles, Neo wave studies and cycles, join our paid subscription group..and trade with a lot more confidence and conviction!
Just send a mail to tekkiesuresh@gmail.com....
Posted by Tekkiesuresh at 12:14:00 PM

Thx Suresh, The importance of Mars (chavvai graham) is profound in astrology. I have published a NEoWave Count on my Nifty blog. Nifty maybe headed down for the next few weeks.

do u expect weakness in Nifty till 15Sep ?

Hi Pankaj,
I expect some recovery from here and more weakness after September 15th.Astro picture after September 15 does not look good.
On September 25, Mars will be at 90 degree square with Saturn. This will be triggered by a retrograde Mercury.At the same time the Mid point of Pluto R and Uranus R would be triggered by this same Mars. So Mars, Uranus, Saturn and Pluto are all getting activated by two triggers-Mars and Mercury.There may be heavy doses of panic unfolding.