Let us start with the Astro formations first....

Astro wise we see the market is in a mature stage right now.Sun Mercury dance has now started spinning in the wrong way.Big rises normally caused by a Uranus Pluto square seems muted because of the Jupiter retro formation in between.The stars seem to advise caution to the bulls and have a hint of a smile for bears.Since Saturn is in Scorpio, the underlying tone of the market may continue to be bullish,but a correction may happen.

How about the cycles? Well, we have had another inversion happening and so a top somewhere between December 08 and 20 seems to be on the cards..However since the current cycle has formed a right translation so far, the next cycle post December 24 could also be bullish and take Nifty to new heights. 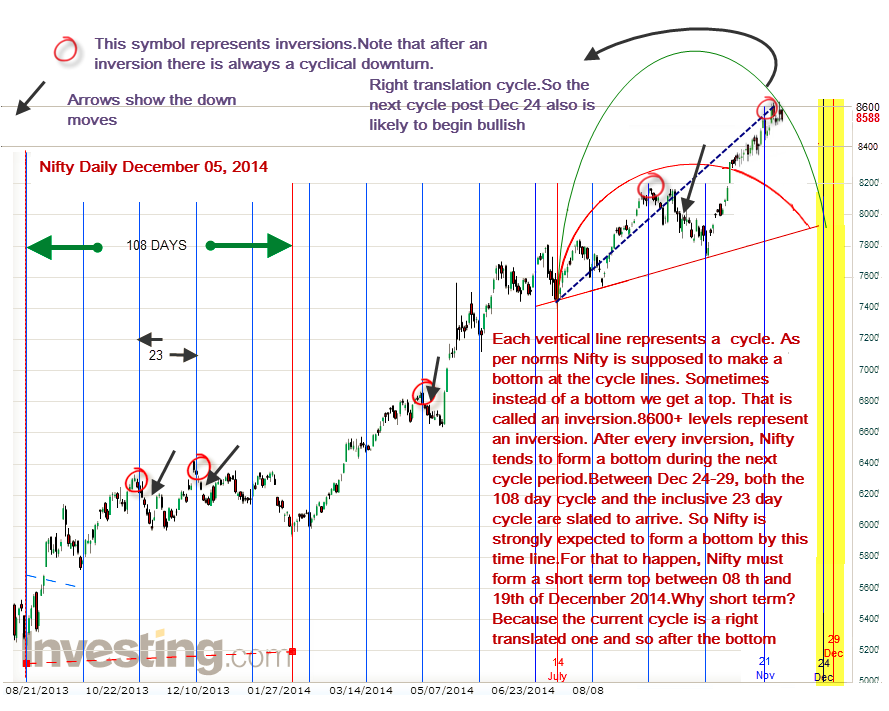 Looking at Neo waves, either wave a of 2nd xabc has been completed as of December 05 or there is a possibility of one  more small up leg pending. Any which way, we seem to be on the verge of a small term top. 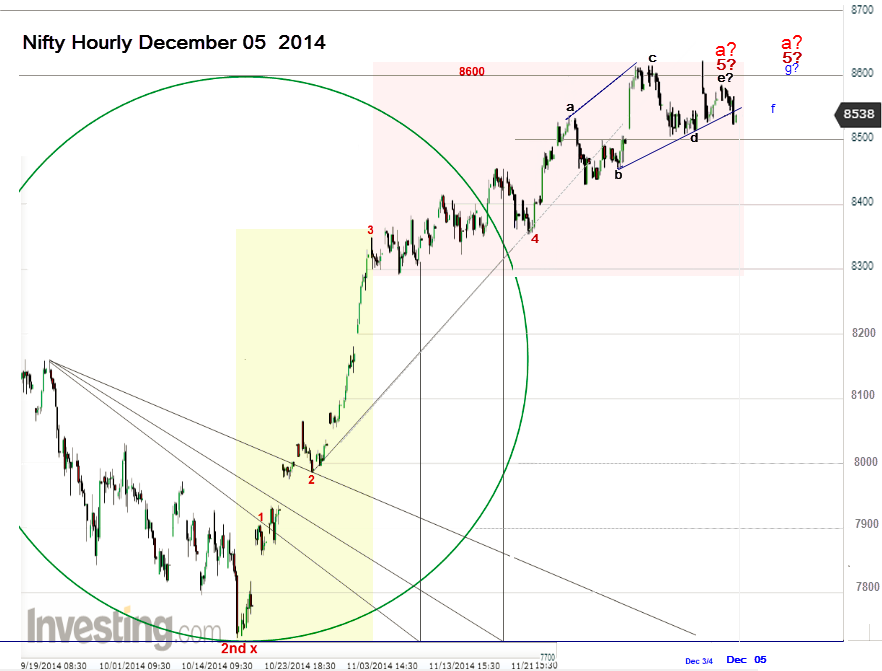 Nifty`s 5 min says that we just have to decide whether the final sub wave seen now is going to be wave g of a Diametric or wave e of a triangle. Again the upward move seems to be capped. If wave a is over, then we may see wave b down, from the 2nd x abc formation and finally wave c upwards. Since in any complex correction only 2 x waves are allowed, we may see a bigger top and a bigger correction in the first few months of 2015.
Cautious and profitable trading to all!
Posted by Tekkiesuresh at 5:52:00 PM