This is how we concluded last week...

"Net, net, movement of c wave decides things for the time being. Astro indicates that the market could continue its negative ways till a turnaround happens by August 06 or 07."
We saw in the week just passed that wave c gave way to wave d on August 04 and 05th and then to a bigger wave e downward which has so far consumed three days, August 06, 07 and 08.
So what we have is now an expanding triangle with good down move  potential.... 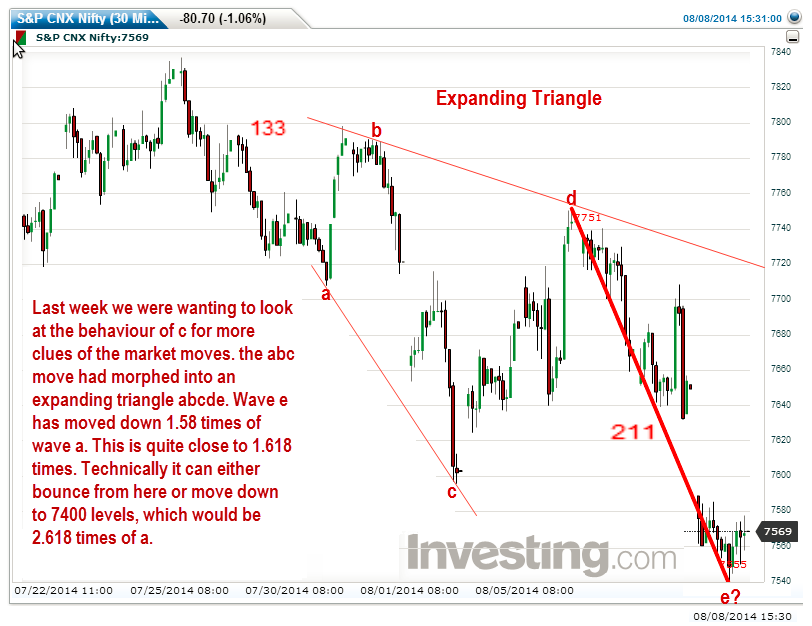 So, increasingly we are getting into a " sell on rises" psychology , from a "buy on dips" situation. 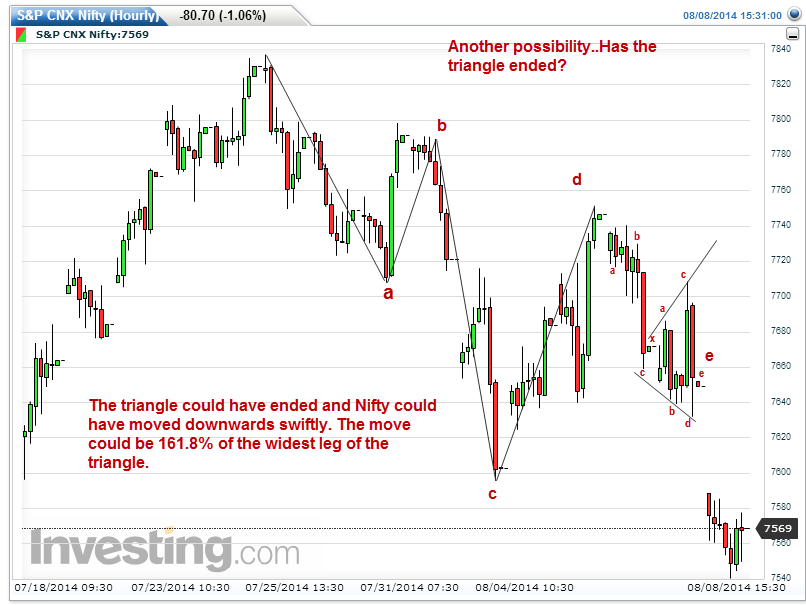 This will be evident, if Nifty moves to 7200 levels swifty.If Nifty stalls at 7400 levels, and improves from there then we get to understand that one more upmove in Nifty could unfold.
So currently it is sell on rises strategy... 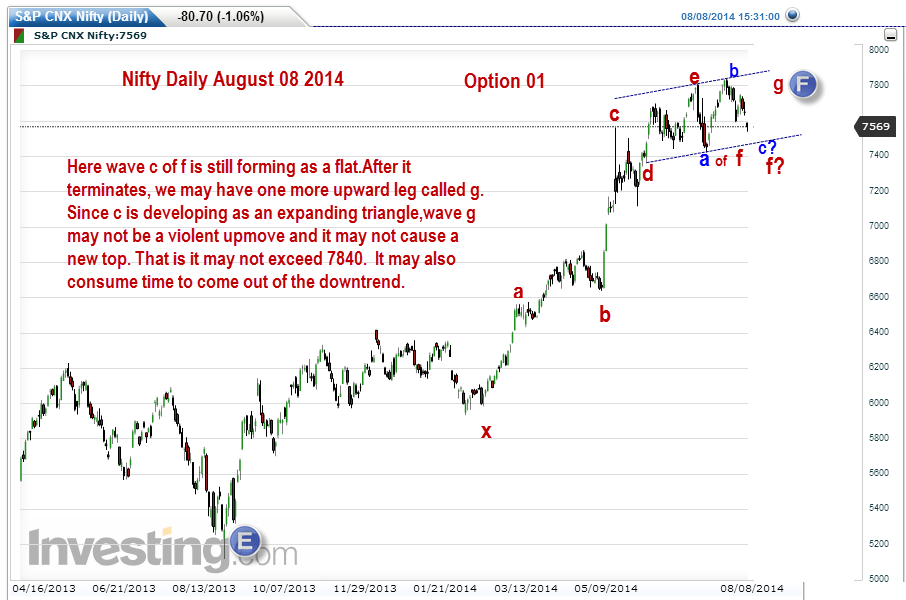 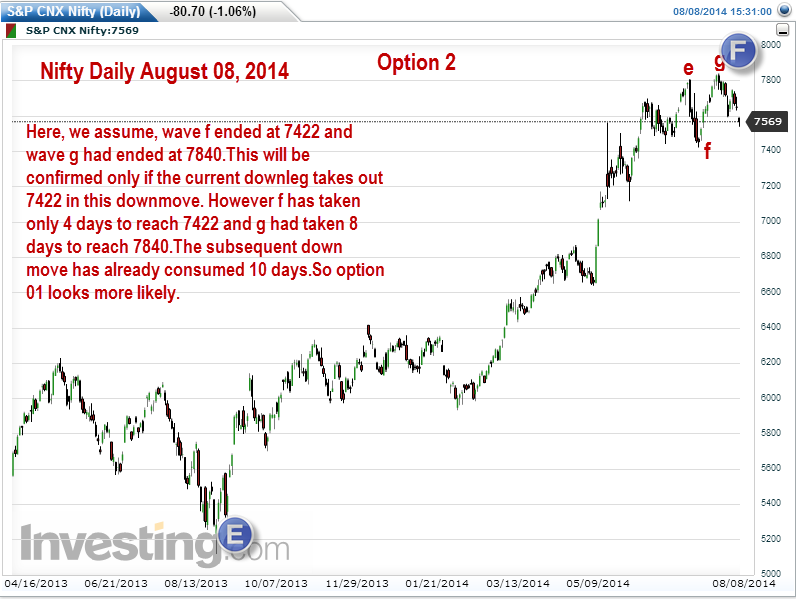 On a weekly level... 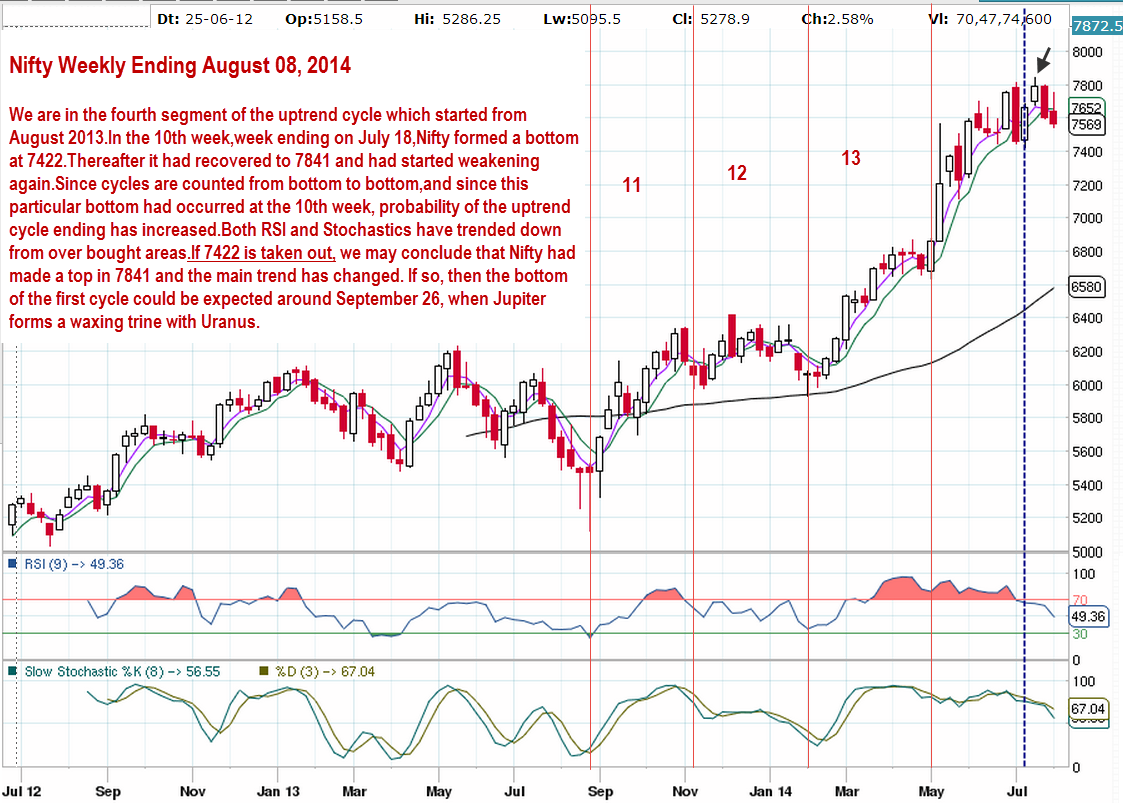 So, on a larger frame, time cycles are changing.Nifty has gone without a meaningful correction for long.For the time being, Sell on rises as far as trading is concerned and selective investment picks seem to be a prudent approach to the markets.

Full Moon on August 10th, at 23.40 hours. This Moon is in Perigee, that means the closest to the Earth.So Moon could be pretty powerful tomorrow.

Astrologically, this week on Monday may begin with an upward bang, but may continue to weaken day by day, till August 14.The stars seem to indicate that a turnaround may happen only somewhere in the period Aug 19 to 22.
So I would look to " sell on rises."7700 upside and 7400 on the low side are broadly the range.If Nifty rises beyond 7605, then 7650 should be a good short, providing it weakens there.If 7700 is taken out on the upside, then probably the correction has ended on the downside and the upward g has started. We have to be careful on both sides because we are in a triangle environment.