Nifty Astro Analysis for the week Aug 25 to 28

For the week beginning today, August 25, 2014, we have some interesting Astrological combinations.
It is shown in the chart below... 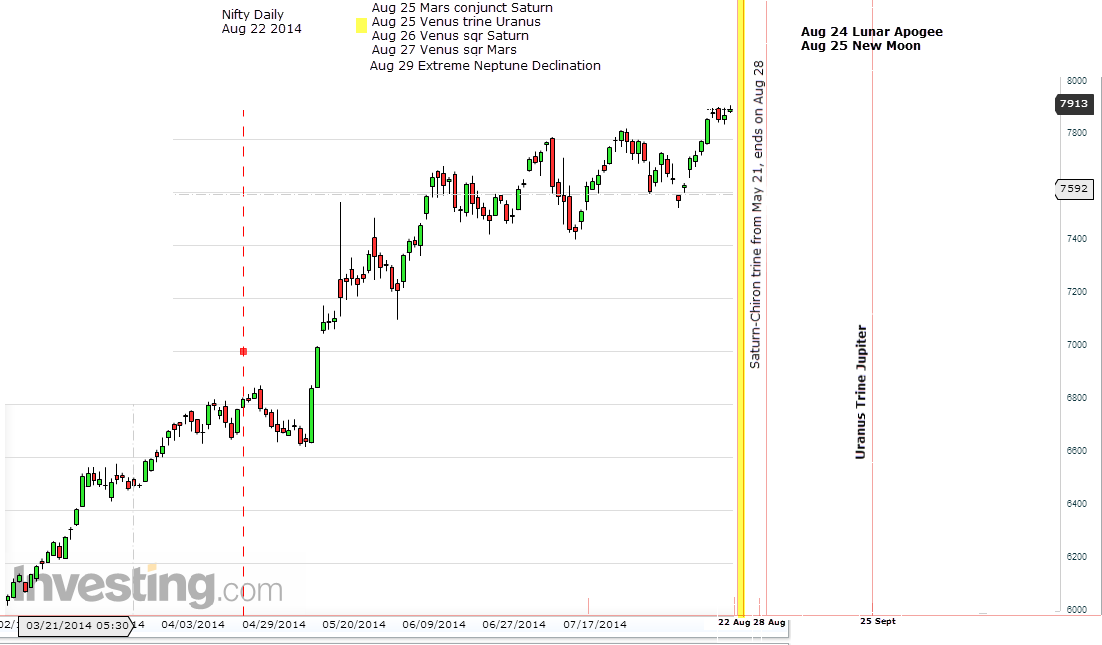 How has Nifty reacted to some of these aspects in the past? 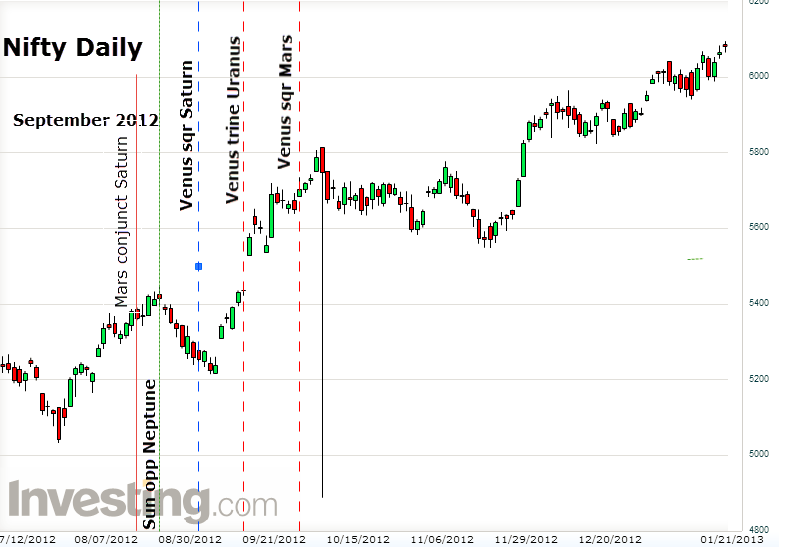 Here when Venus trines Uranus,  a short term reaction is seen within two days. That is the direction is powerfully reversed.Venus squaring Saturn also changes the trend quite strongly, after a few days.Mostly the reversal gets triggered with a Lunar event.September 13, 2012 was Venus trine Uranus. September 16th was a New Moon Day. Similarly Mars conjuncts Saturn on August 16-Moon perigee is on August 24th..There is another aspect-Sun opposite Neptune on August 24..and that triggers a market reversal, by August 24, within four days of Saturn Mars conjunction. 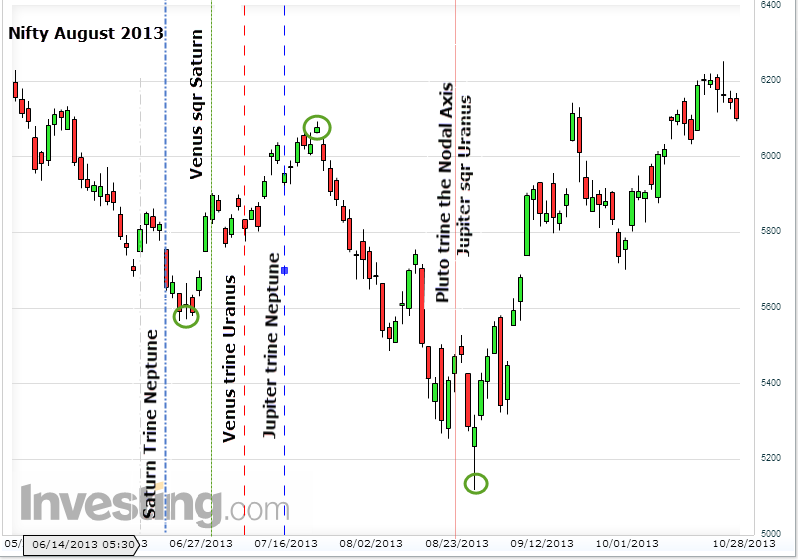 Here it can be seen, how bigger aspects take over and influence the smaller aspects such as Venus trine Uranus or Venus square Saturn.

Coming back to the present time, Sun opposes Neptune by August 29, 2014.Within the next two days, we should expect a market turn, because of the New Moon.If not, then most probably  by September 01 onwards, when Moon moves into Visaka star, in Libra and goes through the post conjunction Saturn and Mars.This is more likely, because market interests would prevent the market from falling, so close to the expiry.