Last week, we had mentioned that stock prices are going to become volatile. We did see evidence of this. This truncated week is no better.And next week is going to be even worse. 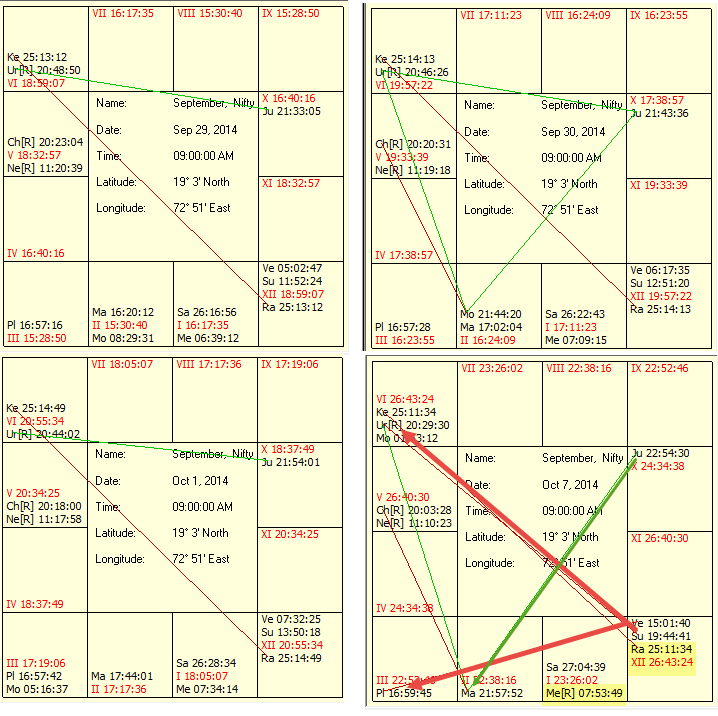 As can be seen from the above charts, September 29 th is relatively calm, with some positive effect. But on September 30, Moon is close to Mars, and connected to Uranus,Jupiter and Chiron.Also Moon is in Mercury star, placed in enemy star Mars and in the 12th house.Third cusp sub lord is Moon which is connected to Mercury.This favours market decline.
On October 01st, Moon moves to Ketu star, which is connected to Mercury.Third cusp is ruled by Moon which is connected to Mercury through Ketu.Another day favoring shorts.
By October 06th , Mars trines Jupiter, increasing volatility and both ways movement,Venus squares Pluto, causing ripples in the market.This also favours trough formation.Additionally Sun also opposes Uranus.By October 05, Rahu is sitting directly on the 12th cusp
Instability caused by Rahu crowding continues.
All in all, we should favour shorting during this period.

Let us look at the levels, in different time frames.... 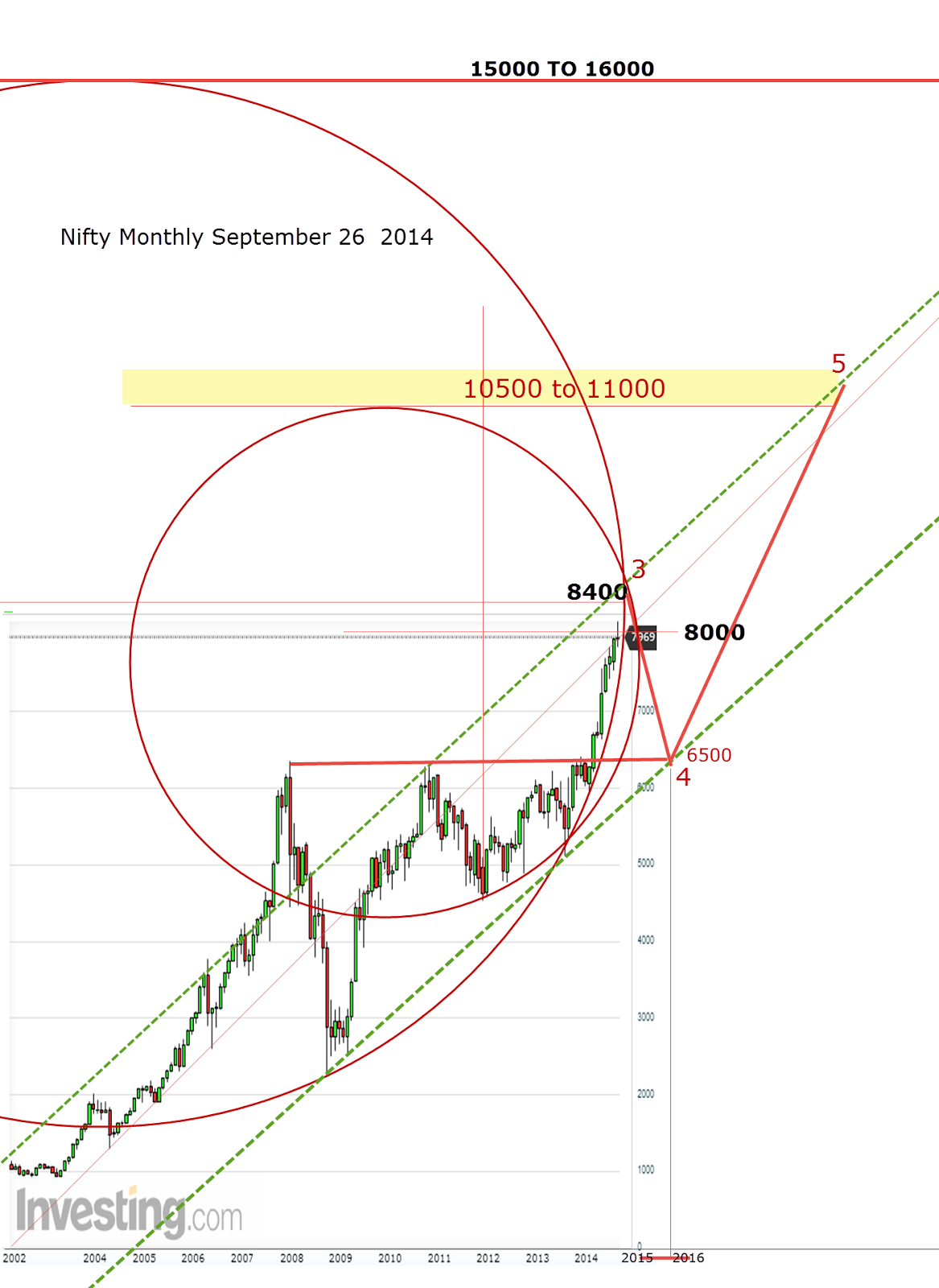 Monthly indicates a move  up to 8400 and then a decline to 6500..Uptrend channels are also shown. 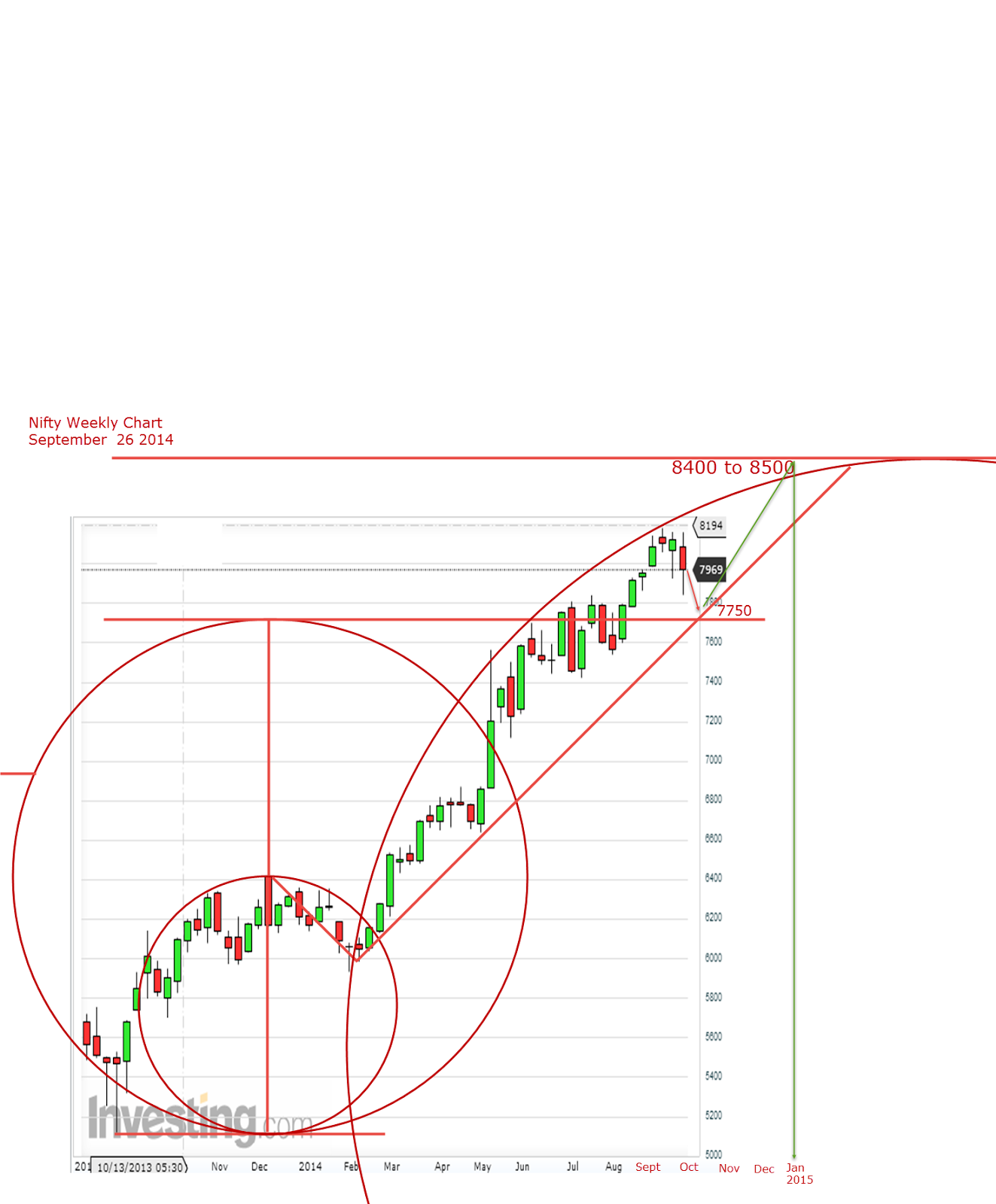 Weekly indicates a down move to 7750 range and an upmove later. 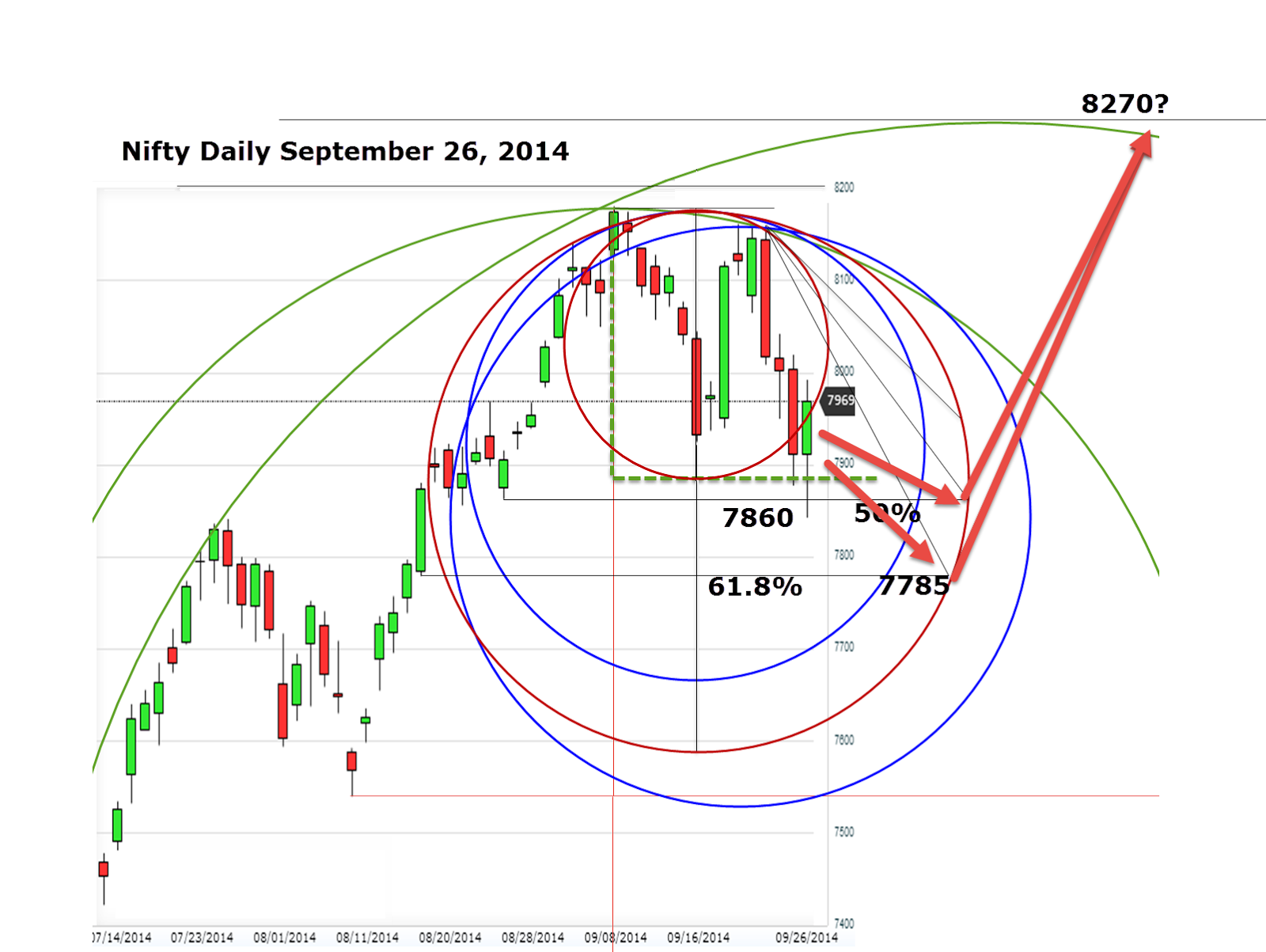 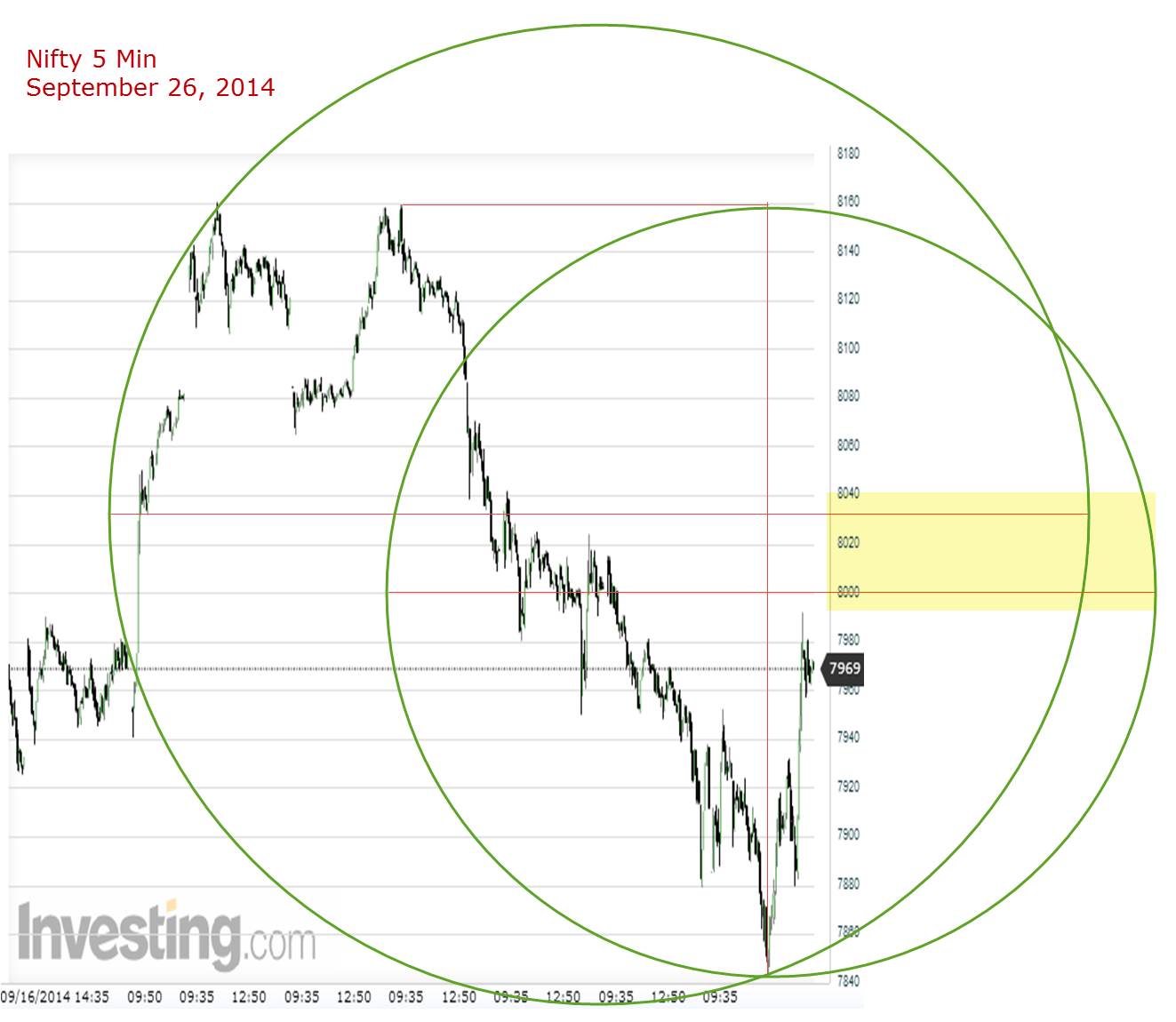 We conclude as follows. Technically and astrologically, we should expect the current counter up move to continue upto 8040 levels. Once there is a turn around, then we look to short the Nifty and go down along with Nifty till the 7785 levels.And then look for a more sustained rise. That could form the subject matter for next weekly discussion.
Posted by Tekkiesuresh at 1:41:00 AM