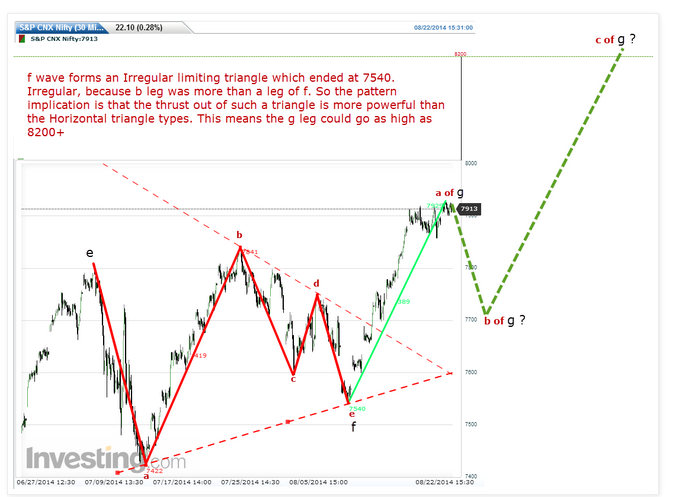 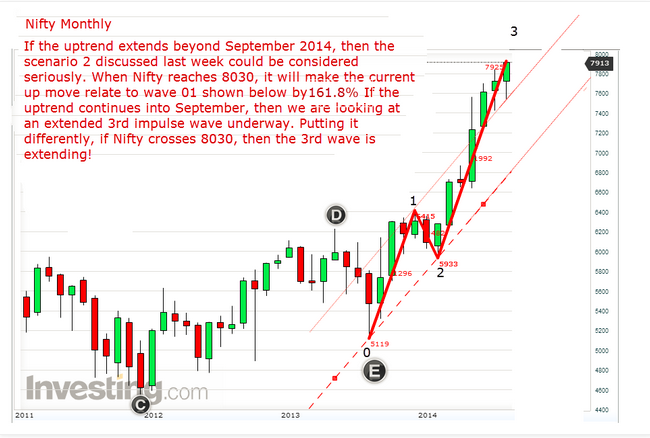 Nifty has crossed 8030 decisively and the current upmove shows relationship with wave 01 in 161.8% ratio.Anticipating that the upmove could persist into September 2014, Iam showing here the alternate ( to the diametric, that is), Neo wave counts, if the current wave is impulsive..we had considered this alternative some time ago...This is shown in Weekly, daily and in 30 min charts. 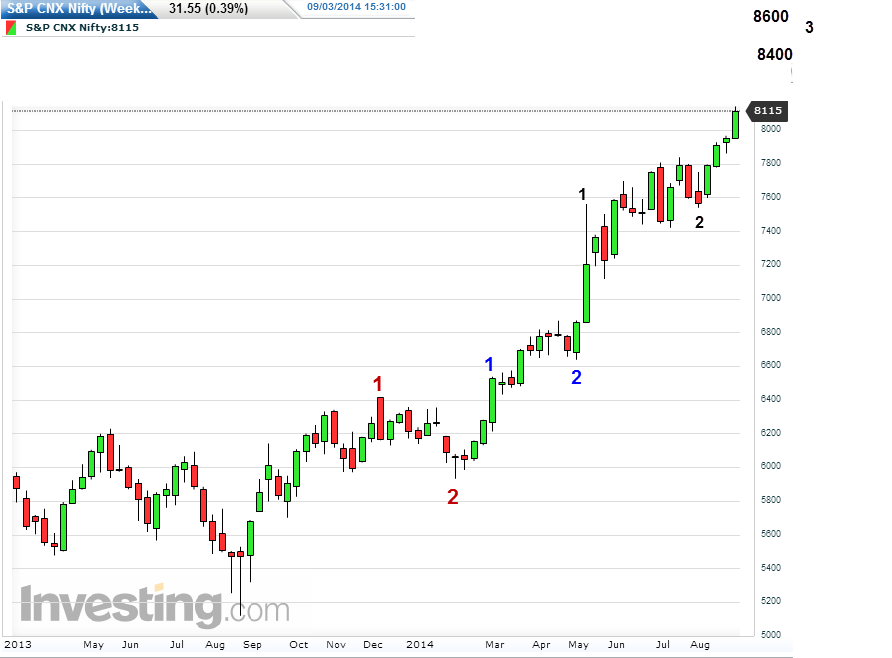 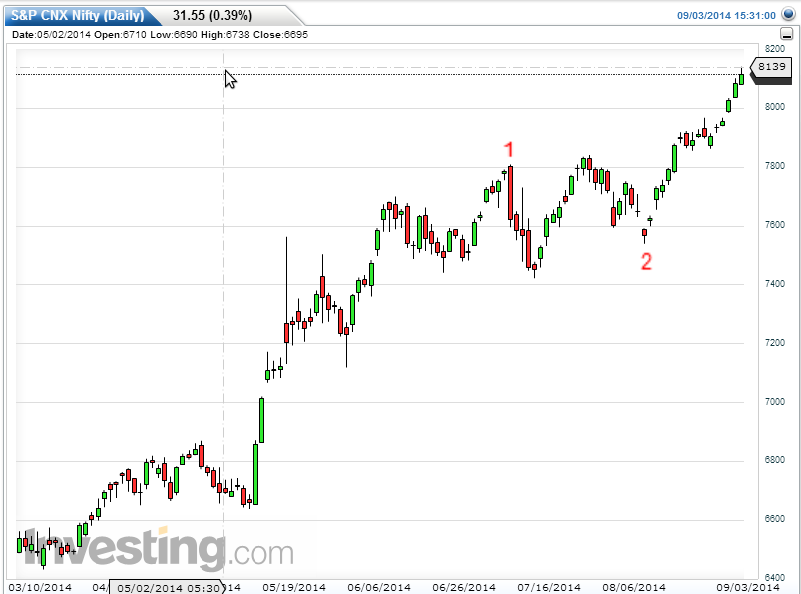 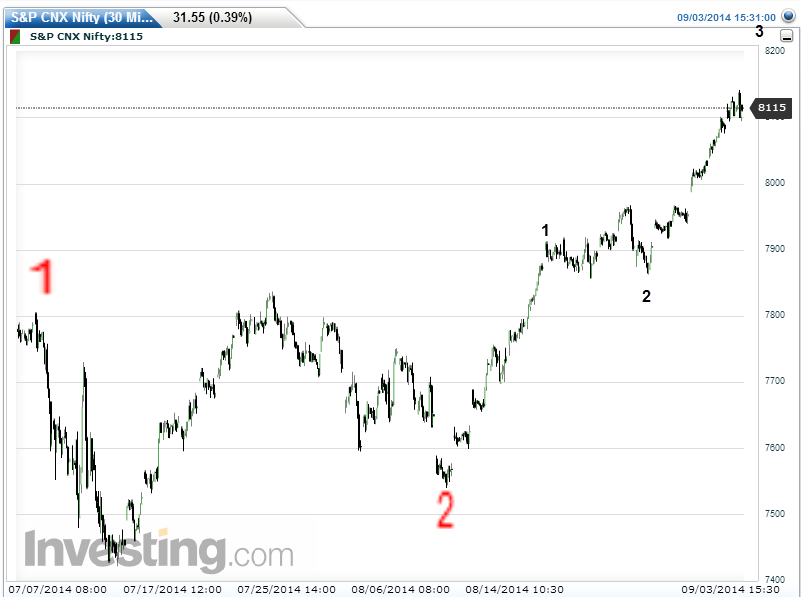 We are in wave 3 of 3, which could be highly impulsive and strong.Every dip is a buy..At the same time, since Nifty has already formed 4 bull candles in Weekly charts, some profit taking cannot be ruled out.There are two other factors which point out to this fact..
1.The Sun is in waning trine to Pluto and
2.We are in the 53rd week from the low of 5119.
So a long term cycle top may form by September 12th or thereabouts.
However, the next major aspect, Uranus trine Jupiter, is also a positive signature.
This will play out only in the first week of October.So, any reaction to Sun Pluto trine could be an opportunity to go long.
For the moment, Nifty continues to be on  a buy on dips mode.
Posted by Tekkiesuresh at 1:38:00 AM